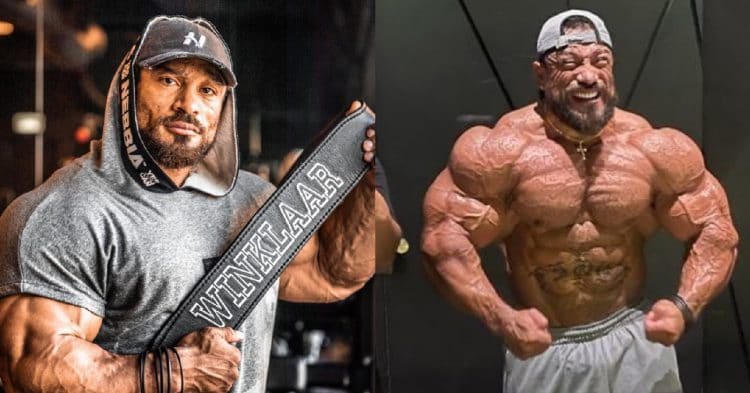 It seems that Roelly Winklaar is preparing to make his 2021 debut in the near future. Ahead of this return, the Curacao native showed his incredible levels of conditioning with an update from the magic mirror.

It seems that the head of every single competition, Winklaar has a habit of sharing insane looking physique updates. Fans have grown accustomed to seeing these “magic mirror” shots, as they have been dubbed, And use them as a sign that he will be competing in the near future.

This was seen yet again, with a recent update to his Instagram. Here, Roelly can be seen flexing in front of the mirror, showing off is incredible conditioning, as he prepares to compete for the first time in 2021.

It is rare that we know for sure how recent an update from Winklaar is, But his coach says that this was uploaded the same day it was taken. If this is true, then it is clear that he is in phenomenal shape.

That is the big question that is on everybody’s mind, now more than ever after this recent physique update. According to Roelly Winklaar himself, the answer to this question is still up in the air.

He recently discussed the fact that he planned on competing either at the Tampa Pro, or Chicago Pro, but he had not decided which show he would appear in. The one thing that he did make clear, was that he did not want to wait until the last minute to try and qualify for the 2021 Mr. Olympia.

As it stands currently, the 2021 IFBB Tampa Pro is scheduled to take place August 6th-7th, whereas the IFBB Chicago Pro is slated for two weeks before that, from July 23rd-24th. So if Winklaar plans to compete at one of these two shows, this means he is somewhere around five to seven weeks out from competition.

Typical these magic mirror updates are given by Roelly around 8 weeks out from competition, give or take, so it seems likely that he is targeting the Tampa Pro. On the other hand, he might try to show up at the Chicago Pro first, to at least attempt to qualify for the Olympia at that show instead, knowing he has Tampa as a backup.

Ultimately time will tell where Roelly Winklaar decides to compete and when, but it is clearly happening soon. Regardless, it is good to see him back in action after being away from the stage since 2019, but for a lone guest posing.