After some swirling rumors, fans have been wondering if we will see the return of 2018 Mr. Olympia Shawn Rhoden 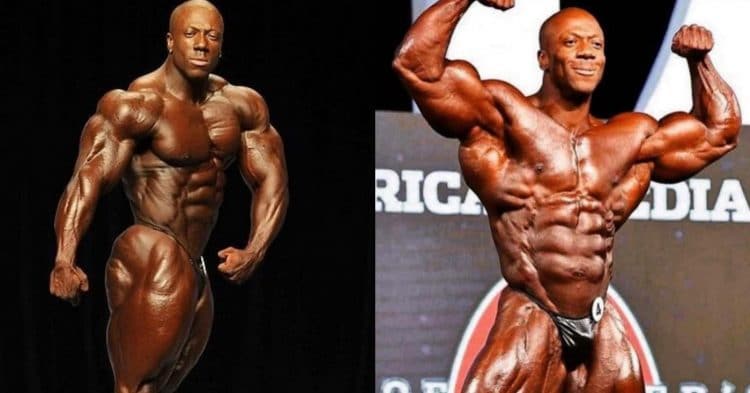 Fans have not seen Shawn Rhoden on a bodybuilding stage since he won the 2018 Mr. Olympia. With the 2021 Olympia rapidly approaching, fans have been wondering if he will be making a return here.

Legal issues have kept Rhoden sidelined since winning the Olympia, with the then-champ being stripped of his IFBB Pro card and ruled ineligible to compete until his matters clear up. There have been a variety of different setbacks in this legal proceeding, largely due to pandemic related concerns, with few updates being made public.

However there seemed to be hope that Flexatron would be competing at the 2021 Olympia, after a post to the contest’s official Instagram. In this post, it is revealed that Shawn will be attending the contest as part of a booth for Muscle Beach’s booth, promoting Flexatron branded products.

With this post, rumors began circling on the internet that Shawn Rhoden would be potentially competing in the 2021 Olympia as well. However it has been confirmed that this is not going to be the case.

Muscular Development spoke with Olympia promoter Dan Solomon about these rumors, to clear things up. Here it was confirmed by Dan that Shawn would not be competing at the Olympia this year.

“Dan says no, no he is not. That was not confirmed. He is not in the Mr. Olympia as of now, nine weeks away from the show.”

Should Shawn Rhoden Be Allowed To Compete

The question remains though, as to whether or not Shawn Rhoden should be allowed to compete at the Olympia. It seems that the bodybuilding community is a bit divided on this, and for good reason.

On the one hand, it is understandable why the IFBB made the decision to stop him from competing, given the nature of the sexual assault allegations levied against him. It can be understood why they would not want someone representing their brand with that cloud over his head.

On the other hand, there is something to the idea that Rhoden is innocent until proven guilty. So with some people who are in the know saying that there is no weight to the allegations, fans think that he should be allowed to compete until something substantial happens with the case.

At the end of the day, Shawn is now 46 years old and not getting any younger, so the window is closing on his ability to compete. It would be a shame to never see him on stage again, especially if it turns out that he is innocent of his charges.