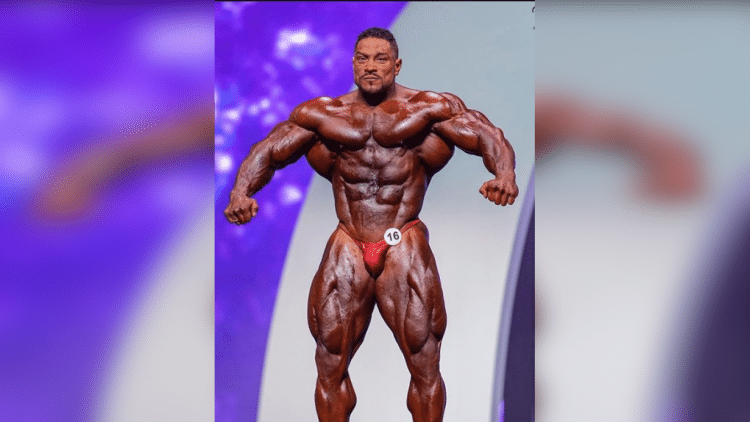 The 2019 Mr. Olympia is in the books, with Roelly Winklaar walking away having scored 5th place. A few days after the event, he has opened up about this performance.

Roelly Winklaar had a bit of a disappointing performance at 2019, Mr. Olympia. He went into the prejudging on Friday looking a bit soft. On top of that, his midsection was looking pretty rough, although not as bad as it was earlier in the year. Nonetheless, it was a tough start for him, but he still ended in the top 4.

Unfortunately, things did not get any better for Winklaar. When it came time for the finals, he actually appeared to be softer. As a result, he ended the competition in 5th place, behind Dexter Jackson who showed improvements from the prior day.

Following this disappointing performance, Winklaar posted a message to his Instagram. He took a few days to process, and gather his thoughts. Subsequently, he has assessed his appearance, and what went wrong on stage.

This is his message:

“I have taken a couple days to process everything & want to address MY GRATITUDE, MY SADNESS & MY HUNGER – I want to thank my brother my coach @ahmad_askar_1 for being at my side through it all, making massive improvements in areas I wasn’t sure how but WE did, this wasn’t the plan – 5th was NOT an option – we were goin for that W, that 1st place title, I wanted to be MR. O & every day I was reminded In the mirror & by Askar that was what we were aiming for !! With the placing that happen, I wasn’t sure where my emotions were, sad angry defeated – I JUST WASNT ACCEPTING THIS, Askar & his passion that he has given me only makes my hunger to continue in this journey stronger then ever before!

I will not back down, I will not be defeated, I have my weapon Askar by my side and he will never let me down! We will be unstoppable, & continue the climb! This photo was 3/4 weeks out & only we know what we wanted to accomplish! In Gods Hands…”

In the post, Winklaar thanks his coach Ahmad Askar for helping him prepare. Additionally, he expresses an immense amount of disappointment in himself, for not winning the event. While not noted in the post, it did come out that he had an injury which affected his preparation.

Roelly Winklaar is scheduled to compete at the Yamamato Pro this weekend, in Italy. Stay tuned to FitnessVolt for updates on the competition.