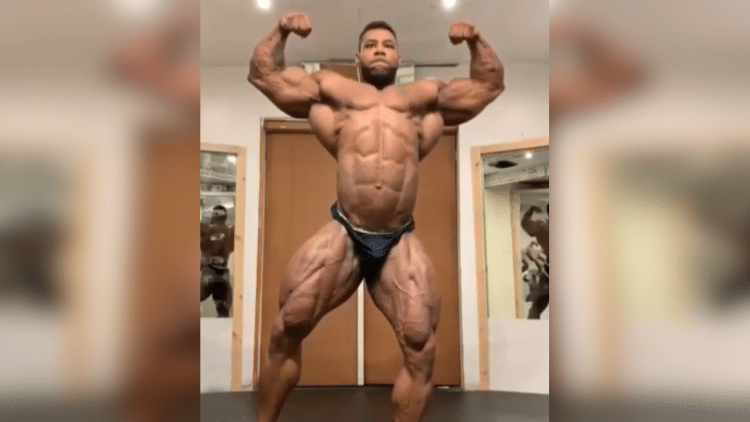 The Yamamoto Pro takes place in Italy this weekend. Headed into the show, Nathan De Asha looks ready to compete and excited to be back in action.

De Asha has been having some legal troubles as of late, having to face charges of illegally distributing steroids. While he pleads guilty to these charges, he was unable to compete at 2019, Mr. Olympia. This is a result of him not being able to make it back in town in time for his sentencing, the following Monday morning.

Nevertheless, De Asha is facing no jail time, just some community service. Therefore, he is obviously looking to get back into competition as soon as possible. What better way to do that, than competing at the Yamamoto Pro, one of the bigger shows at the end of the year. He is among the official athletes competing, alongside Roelly Winklaar.

De Asha confirmed his appearance with a heartfelt message on Instagram.

I’m as ready for 2020 as I was for 2019. Work starts tomorrow.
Ready to fly out for my first showing since Vancouver.
I’m not going to say much other than I’m ready. This is what I love doing and I’m going to leave it all on the stage for you guys to see.
I’ve given more than a hundred percent to prep and the team I have around me, my training partners, coach, family and friends have been real rocks of support. Something I truly value.
Excited to be on stage again, excited to compete in Italy with the worlds best at one of Europe’s top shows..
Massive thanks to promoters in Italy for being so kind with their hospitality, to @ifbb_pro_league and fellow professionals for all their support.”

Additionally, he gave us a preview of what to expect out of him.

De Asha also included a message in this post, explaining his mindset going into the competition. Additionally, he talks about how weird it was to miss the Olympia. He expresses he desire to have competed alongside the likes of Hadi Choopan.

However, what is most impressive, is how great Nathan De Asha looks in the video. It will be exciting to see him at the Yamamoto Pro, and it is interesting to think how he would have done at the Olympia.