The 8x Mr. Olympia champion talked about his home gym and current events. 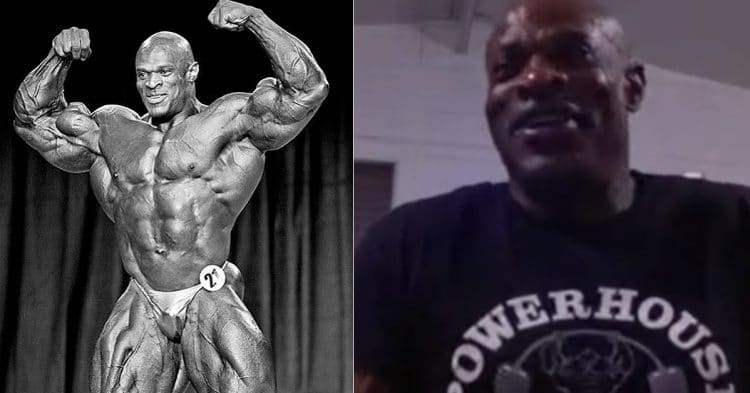 With most gyms closed down right now, a big question is, where and how is everyone able to train? The answer will likely be different depending on who’s asked. But most likely, many of the top bodybuilders and legends of the sport have invested in their own equipment. Or, they know someone/somewhere that has equipment so that they can continue training.

We know for a fact, that 8-time Mr. Olympia Ronnie Coleman has his own fully-equipped home gym setup. He even recently expressed how thankful he was to be able to train in these challenging times.

And in Episode 17 of ‘Nothin But a Podcast’ w/ Giles Thomas & (MIA) AJ, Coleman went into more detail about his $200,00 gym and other topics. But first, he was asked about MetroFlex Gym in Arlington, Texas where he, Johnnie Jackson, and Branch Warren train.

Coleman explained that Metroflex only closed down very recently but mentioned that Jackson has a studio where Warren can also train and he may even still be able to train at Metroflex. But it’s uncertain when Metroflex will open back up.

Here’s an overview of how the rest of the conversation went down. We’ve provided the questions and Coleman’s answers below…

What do you think will happen in these next few weeks?

“They’re saying that they’re getting ready to shut everything down for like two weeks. We went out and bought like $1,000 worth of groceries and stuff earlier today. They said this today.”

What’s it like with everyone in the house all the time does it get pretty intense or are you quite a relaxed family?

There’s so much stuff to do here. I got the gym here, I got TVs in every room, these kids got thousands and thousands of toys. They got trampolines out there, I mean there’s just so much to do here it ain’t going to hurt them at all to be home?

What are you watching right now?

Flash, Supergirl. I got like 15 shows I’ve recorded. I got so much stuff recorded that I can’t watch it all.

Coleman’s recommendations include superhero shows and comedies such as Neighborhood, Wild and Out, 911 Lonestar, Walking Dead, American Idol, and America’s Got Talent to name a few of the shows he and his family are watching.

Who’s the king of the remote control in your house?

There’s a TV in every room. There’s like 15 TVs in this house. Everybody has got their own TV here.

What’s your message to people who are panicking a little at the moment?

Find something you enjoy doing and do it. There’s so much stuff you can do now. With me, I got this home gym. This is my sanctuary for when I was winning all my Olympias when I couldn’t go to Metroflex because people would bother me so much.

I paid more for the gym than I paid for the house. The house was about $125,000 and the gym was $200,000. Coleman said most of the equipment was all free though. He had a contract with a few companies which definitely helped him save money on his gym.

What do you think is going to happen with the Olympia?

The top guys already qualified so it’ll automatically be a good show. As far as sending out special invites, they can always do that. I think there are a few shows before the Olympia. When I competed, they let the top three in some shows automatically qualify, and in some shows, the top 5 qualified.

Coleman believes the Olympia has options though, which shouldn’t be an issue when determining who’ll compete in the next Olympia.

What was your reaction when you heard that the Olympia had been sold to Jake Wood?

I thought it was the best thing that could ever have happened to the Olympia. Coleman explained how much Wood loves women’s bodybuilding and how great it is for the Olympia in general. He says it should have happened a long time ago.

Ronnie Coleman talked a little about his book and YouTube channel next which you can hear him talk about before the conversation wraps up.

Check out the full interview below…

As an eight-time Mr. Olympia, Ronnie Coleman reached the top of the sport and maintained his status as the best...