The 8x Mr. Olympia champion continues to do his thing despite current circumstances. 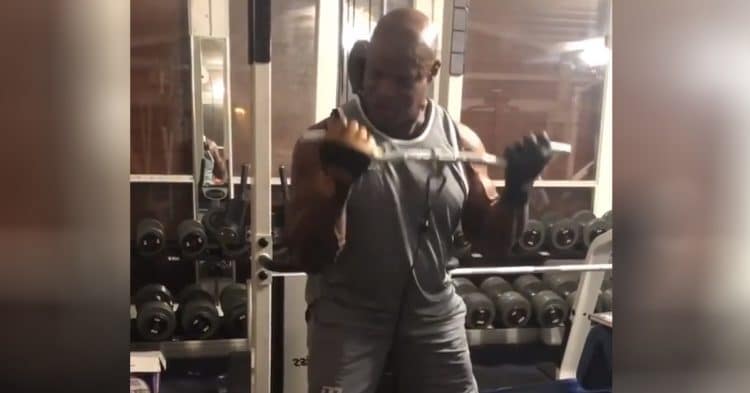 Ronnie Coleman is the greatest bodybuilder ever and despite having multiple back surgeries, while also coming very close to never being able to walking again, he continues to push boundaries. The 8x Mr. Olympia champion had emergency surgery due to a hip issue in January and, as usual, he bounced back quickly.

Coleman posted a video of him training in his own gym recently, while also promoting his book which you can see below.

“Yeah Buddy!!! Ain’t nothing like having your own home gym especially when all gyms are closed for Covid-19.”

Ronnie Coleman didn’t let this situation stop him from enjoying the 2020 Arnold Classic which took place earlier this month. He met up with fans and even got in a little training session too. But that’s not surprising if you know anything about him.

Coleman is a true champ who hasn’t let his limitations stop him from doing what he loves. The legend isn’t afraid to voice his opinion either, recently explaining that today’s bodybuilders wouldn’t make the top 5 in his era in a recent interview with Patrick-Bet David of Valuetainement.

And although the current Arnold Classic champion William Bonac had something to say about that, it’s a typical assessment of legends from the 90s.

But we’ll be seeing a lot more from Ronnie Coleman overall, in the near future, as we don’t expect that to change anytime soon and we’ll keep you posted.