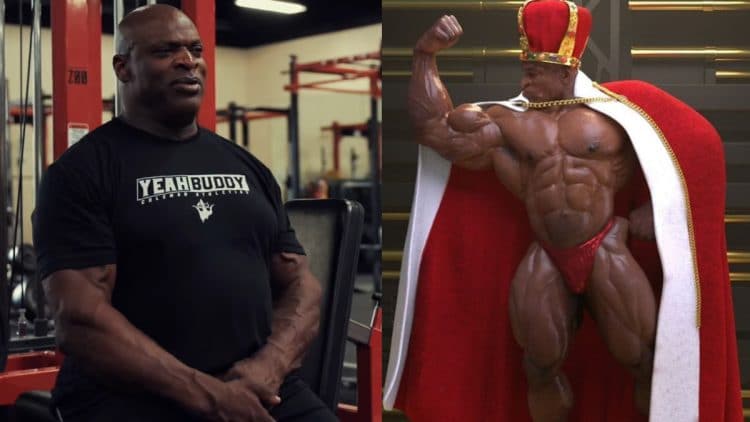 Bodybuilding legend Ronnie Coleman recently shared three keys to building muscle. Coleman is regarded as the ‘Greatest Bodybuilder of All Time’ by a lot of people. His success in competitive bodybuilding justifies the claim as Ronnie won the prestigious Mr. Olympia crown a staggering eight times in his career. Apart from that, he also held the record for most professional bodybuilding competition wins (26). Dexter Jackson broke the record later. The 57-year-old received the Arnold Classic Lifetime Achievement award in 2021 for his contribution to the sport of bodybuilding.

Recently, Coleman paid a visit to YouTuber and fitness influencer Bradley Martyn in his gym. Martyn, who admitted to having gained interest in bodybuilding because of Ronnie, had candid conversations with his idol on various topics. The video of this meet-up was uploaded on Bradley Martin’s YouTube channel on April 27th, 2022.

Ronnie Coleman stated that he used to focus a lot on training the back, chest, and legs during the initial years of bodybuilding. He added that he incorporated many variations of squats, bench presses, and leg presses in his training routine at that time.

“I was doing a lot of leg, back and chest stuff…” Ronnie added.

Bradley Martin asked Ronnie Coleman to share if there were any important principles like weights, intensity, and consistency that one should adhere to besides the actual lifts themselves.

The first key to building muscle according to Ronnie Coleman is lifting heavy. Ronnie said:

Ronnie Coleman then went on to explain the second key to bodybuilding – the consistency. The eight-time Mr. Olympia winner competed as a bodybuilder for twenty long years and stated that he trained six days a week throughout his entire career.

“I worked out everyday except for Sunday. I worked out six days a week my entire career, no matter what.”

While hard work, consistency, and other virtues are undeniably important to gain success in any field. None of that can get anyone beyond a certain point if they lack passion for what they do. Passion is the third and the most important key to bodybuilding according to Ronnie Coleman.

“Most important thing is passion… You’ve gotta love it because if you love it, you look forward to doing it each and every single day. You can’t wait to get to the gym every single day. Because working out for me was a hobby and when you’re trying to do your hobby every single day, life’s gonna get no better than that.”

While most of us like to think that we are passionate about a lot of things in life, very few individuals can actually test the level of passion for their interests. Ronnie Coleman belongs to an era when avenues like social media and content creation to earn money were not available for up-and-coming bodybuilders. Ronnie’s passion for bodybuilding is evident from what he said next.

“There was a time when I didn’t make no money (from bodybuilding) and I was still doing it,” Ronnie Coleman said.

Courtesy of Bradley Martyn’s YouTube channel, you can watch the full video here: