Ronnie Coleman Had A Successful Surgery 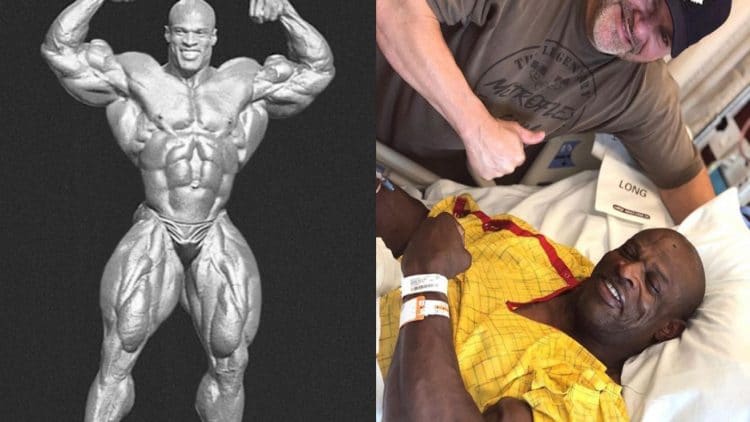 Ronnie Coleman put the bodybuilding community in a mild state of concern when he announced that he needed emergency surgery. However, he has since provided an update, to ease the minds of those who were worried.

Coleman is nothing short of bodybuilding royalty. He has been around the sport for decades, providing inspiration for many around the world. As a result, it was very concerning when he announced that he was in the hospital again, in need of some immediate surgery.

Upon hearing this, the immediate assumption was that Coleman was experiencing more problems with his back. Although this would ultimately not be the case this time. In this instance, he was having problems with his hip, which were noticed during an x-ray. Subsequently, he was admitted, and prepped for surgery the next day.

It would appear that everything went okay with Ronnie Coleman. He posted an update to Instagram, letting everybody know that he was okay. Alongside him in the picture, is his friend from Extreme Fitness, Big J, who was there throughout the procedure.

Here was the update:

“I am finally feeling a lot better after surgery,” Coleman said. “Here I’m hanging with my training partner and partner in crime @bigj_extremefitness, surgery was yesterday around noon. I can always count on @bigj_extremefitness to meet me at my surgery appointment and wait the entire time while I’m having surgery. If that’s not the true definition of a friend, then there is no such thing.

I was so dumbfounded about having surgery and confused, I forgot to call @bigj_extremefitness. The Dr Said he replaced both cups holding the titanium hook and then he put a cage around both so that I’ll be able to do leg presses without a problem. Y’all know I gotta do my leg presses to get these legs bigger.

It appears that the issue involved a previous replacement Coleman had gotten. This time though, the doctor fixed the issue and put in methods to keep Big Ron lifting heavy. Moreover, he says he should be back to training in only 4-6 weeks.

It is a relief to hear that Ronnie Coleman was able to get through this okay. Although it was only a minor procedure, bad things can happen, and we here at FitnessVolt are glad that it did not.