After meeting during a Coronavirus lockdown, amateur bodybuilders Amy Scholes-Higham and Ryan Mackins found love before earning their Pro cards on the same day. 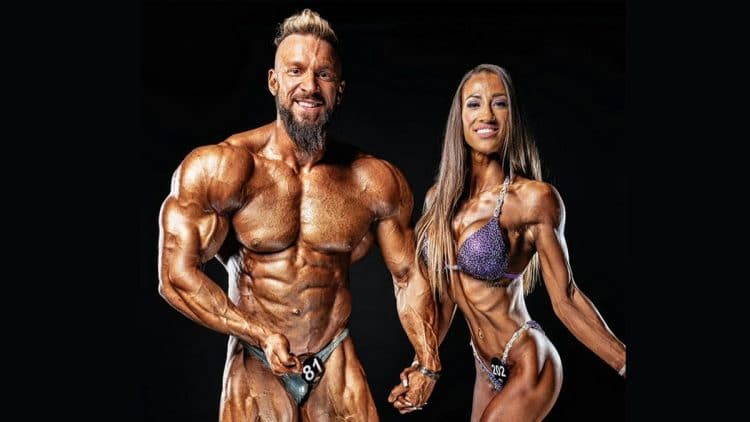 Months after connecting on Instagram, UK-based amateur bodybuilders Amy Scholes-Higham and Ryan Mackins found love in the heat of the pandemic. Higham and Mackins won their Pro cards after claiming victory at the PCA Universe Amateur event.

After maintaining a long-distance relationship for several months, Higham, a female bodybuilder, and Mackins took things to the next level, purchasing a house together in Bolton, Lancashire. The couple formed a deep bond in large part due to their affinity for fitness and bodybuilding. Upon meeting in person, they spent hours exploring different workouts, equipment, and diets. Though, ultimately their time resulted in a unique understanding of what it takes to be a competitive bodybuilder.

With similar goals in mind, Higham and Mackins were determined to make waves as competitive bodybuilders. While they believe their relationship is far from the norm, both are extremely happy that they were able to meet under unusual circumstances. The ongoing Coronavirus pandemic (started in 2019) shuttered business operations for the majority of the world, including gyms and fitness centers. That didn’t stop Higham and Mackins though, it only emboldened their desire to attain their Pro cards after business operations reopened.

According to Higham, the sport of bodybuilding has become quite expensive. From tans to new bikinis, bodybuilders like Higham have become concerned with how much money it takes to stay afloat in the sport.

As it stands, Mackins is currently consuming around 6,000 calories a day. Meanwhile, Higham has a caloric intake of roughly 3,000.

Amy Higham added that these purchases are all ‘investment[s] in ourselves, that’s the way we see it.’ She fondly remembers getting her Pro card and mentioned that she also became the Bikini North West champion recently.

“Before I won the Miss Universe title, which is basically the world championships, I also became the Bikini North West champion as well,” Scholes-Higham said. “But to become Miss Universe and receive a “pro” card within two years of competing is exceptional really, so I’m super, super proud.”

As with any professional bodybuilder, earning a Pro card in two years is extremely impressive. Higham and Mackins defied the odds and became Mr. Universe and Ms. Universe titleholders on the exact same day.

“It’s so amazing to have someone who gets you, and I don’t know if I could have reached the same level if she had not been there as well,” Ryan added.

While the couple resides in the UK, their next plan of action is to attend more events in North America. After becoming Mr. Universe and Ms. Universe on the same day, Amy Higham and Ryan Mackins are incredibly grateful for the events that led to them finding each other.