The aspiring Classic Physique bodybuilder tragically passed away in a motorcycle crash. 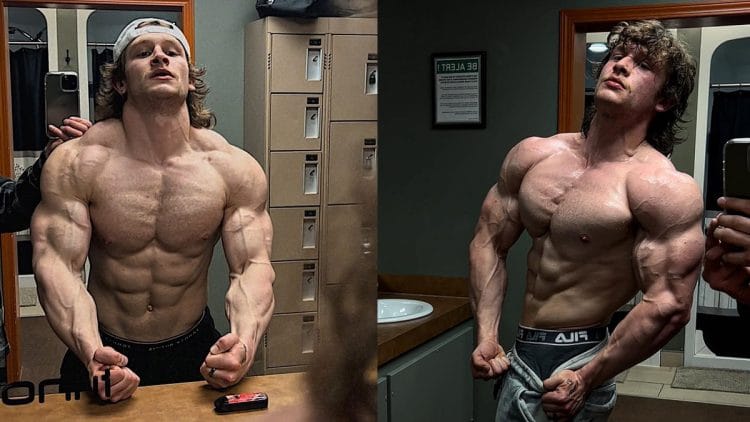 June 8, 2022, proved to be another dark day for the bodybuilding community as we witnessed the passing of a talented 19-year-old aspiring Canadian bodybuilder Ryeley Palfi (2003-2022).

The news of Palfi’s death was broken by his father, Rick Palfi, on Instagram. He informed his son’s fans about his passing by commenting on one of Ryeley’s Instagram photos.

“Ryeley was in a tragic motorcycle accident last night. I don’t know how to reach out to his followers. Just know he didn’t feel any pain. I love you son so much 💔 I can’t even fn believe this is happening 💔💔❤️”

While what exactly transpired on that fateful night is still to be revealed, Palfi’s social media handles saw an inflow of condolences and tributes. Many big-shot fitness influencers shared the news of the young bodybuilder’s passing.

The 19-year-young bodybuilder was gifted with some insane genetics and dubbed himself the “#1 Canadian Classic Physique Champion” in some of his Instagram posts, a direct shot at fellow Canadian and three-time Classic Physique Olympia champ Chris Bumstead.

Palfi was very active on social media and kept his followers up-to-date with the latest news in his life. A YouTube video revealed that he even posted about riding his bike while it was raining on the fateful day.

The last social media post from the aspiring pro bodybuilder was about riding his bike to the gym at night, probably in the rain.

Per a Facebook post by his father, the aspiring bodybuilder was scheduled to compete in a bodybuilding show in three weeks’ time to earn his IFBB Pro League card.

“You had such huge dreams and goals. You are my hero. You will always be my super hero. I love you so much ryeley 💔💔💔 please visit me in my dreams 💔❤️” — Rick Palfi on Facebook

“This has been the worst day of my life but with all your help it truly does help. It makes me smile. Makes me cry. Makes me feel every emotion imaginable.” — Rick Palfi

Palfi was a fan of the Classic Physique bodybuilding division, which was evident from his old-school hairdo and mustache besides his chiseled and proportionate physique.

While some bodybuilding experts believe he would have made a name for himself in the pro circuit in the next couple of years, others are of the opinion that he would have blown “CBum” out of the water on stage. However, Palfi’s tragic passing has deprived us of the opportunity to witness the epic battle.