Life and accomplishments of Chris Bumstead 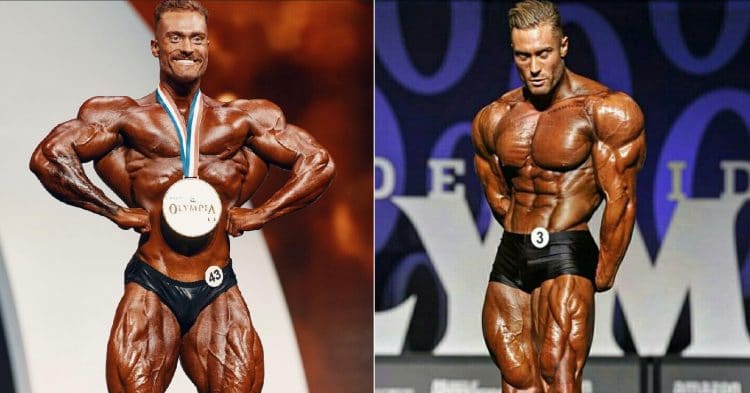 Chris Bumstead is an IFBB Classic Physique Professional bodybuilder and sponsored athlete from Canada. He is the current Classic Physique Olympia champion (2019, 2020 and 2021). This is his complete profile, biography, training regimen, diet plan, and more.

Chris Bumstead is from Ottawa, Canada.

As a kid, he looked up to the legendary Tom Platz because of his iconic leg development. He also cited Barry Demay (80s bodybuilder) as one his inspirations, and, of course, the great Arnold Schwarzenegger.

Bumstead built the base of his physique training for sports that he was involved with in high school such as football, basketball and ran track and field.

He was introduced to bodybuilding through his sister’s boyfriend (now husband) Iain Valliere, who is also an IFBB Professional bodybuilder. Valliere saw potential in Bumstead and helped him to prepare for his competition in 2014, when he was just 19 years old. He has acknowledged Valliere as being someone he’s inspired by and who he still looks up to.

Bumstead really found his home in the Classic Physique division and it seems he wouldn’t want to be anywhere else.

“Physique wise switching to the Classic division drove my passion through the roof, thinking now of symmetry aesthetics and portraying it all as a form of art through posing is such a different dynamic than just trying to be huge.”

Bumstead first competed in 2014 at age 19, and then at just 21 years old, earned his Pro Card after winning the 2016 IFBB North American Bodybuilding Championships.

Bumstead is the current Classic Physique Olympia champion, a title he won in 2019, 2020 and 2021. He was the runner-up at the same competition in 2017 and 2018 to Breon Ansley which was definitely frustrating for him. However, he brought an amazing package in 2019, which earned him the first place trophy at the biggest competition in the world. His 2019 Olympia win was impressive considering he had hernia surgery months out from the show.

His victory also resulted in drama as Ansley’s coach Chris Cormier (former IFBB Pro) wasn’t happy with the result of the show. But he and Ansley also had their fair share of back and it continued all the way up to the 2020 Olympia Press Conference where they continued to fire shots at each other.

But Bumstead prevailed once again in 2021 to win the Olympia title, tying him and Ansley with two apiece, and this time, he did it more convincingly. Meanwhile, Ansley came in third place and it’s possible that this could be the end of an active rivalry but we’ll have to wait and see.

As of right now, there’s no telling what the future of the Classic Physique division will look like, but Bumstead is likely not looking to give up his crown anytime soon.

Because of the health crisis situation in 2020, Bumstead trained at his home for several months as did many competitors, although he was able to eventually return to the gym.

Bumstead’s workouts vary and that’s because bodybuilders typically tweak their training routines for many reasons. They have an off-season, contest prep, and not to mention, changing things up prevents boredom and it can elicit a new stimulus.

Bumstead changes his splits every now and then and an example of one of his splits looks something like quads, arms and shoulders, hamstrings, back, and chest on their own days.

He also uses drop sets and super sets in his training which are very effective muscle-building methods.

Here are a few of his recent workouts…

Bumstead’s favorite body part to train is chest because he likes doing heavy presses and getting a massive pec pump. This is his current off-season chest routine. 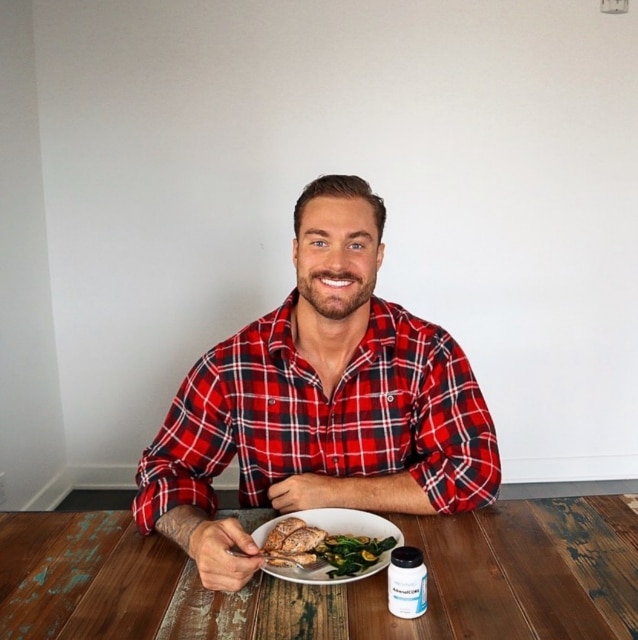 Bumstead did a clean bulk earlier this year and he shared his full day of eating on his YouTube channel. After having been diagnosed with an autoimmune disease, IGA Nephropathy, Bumstead takes his health and nutrition seriously.

Bumstead has said that his favorite food is any really good sandwich. So if there’s a food place known for their sandwiches, you bet he’ll want to see for himself.

Bumstead has 1.2 million Instagram followers and a YouTube channel with 340+ thousand subscribers. He’s very active on his social media platforms and offers a wide range of content on his channel, including day in the life type content, training, nutrition, etc.

He’s a sponsored athlete for Gymshark and Revive MD, and has a new podcast called Paradise On Fire with his sister Melissa, and Matty Milkshake (Matt Thompson). They talk about life, give advice, and have guests on the podcast. He also does online coaching.

Bumstead has increased his knowledge on the importance of good nutrition since being diagnosed with an autoimmune disease, IGA Nephropathy. He has acknowledged that it’s possible his career could be cut short because of it. However, that hasn’t interfered with his passion for the sport of bodybuilding.

He has a great relationship with his parents, especially his father who he’d say is his hero.

How tall is Chris Bumstead?

Is Chris Bumstead a Gymshark athlete?

With enough hard work and dedication, Chris Bumstead was able to prevail and get his first Classic Physique Olympia title after having placed second the two years prior. Then he was able to come in even better and do it again the very next year.

He has one of the most impressive physiques right now and we look forward to seeing what he brings to the 2021 Olympia stage.