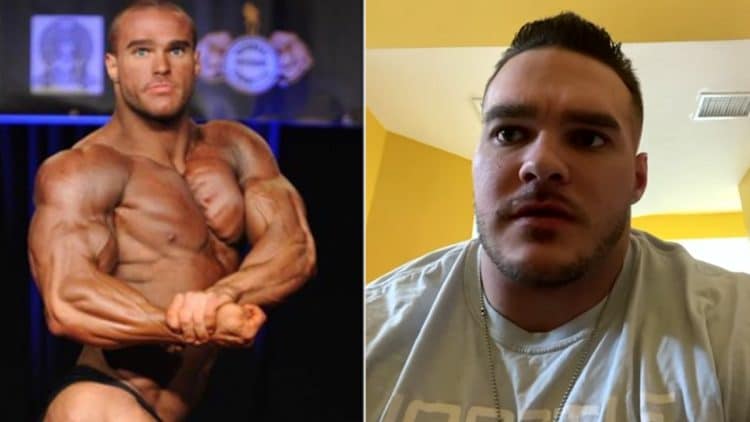 Nick Walker is undoubtedly one of the most prominent bodybuilders in the pro bodybuilding circuit. He turned pro at the 2020 NPC North American Championships and earned a fourth-place finish one month later at the 2020 Chicago Pro.

Walker stunned bodybuilding fans by winning his second pro show — the 2021 New York Pro and earning qualification for his first Mr. Olympia. By winning the 2021 Arnold Classic and finishing a respectable fifth at the 2021 Mr. O, “The Mutant” proved his 2021 NY Pro win was not a fluke.

Nick Walker has previously revealed that he was molested as a child. However, on Jun. 7, 2022, “The Mutant” opened up about his experience on trainer Hany Rambod’s podcast, “The Truth with Hany Rambod.”

After the podcast intro, Rambod asks Walker about his backstory and why he started bodybuilding.

The 27-year-old star bodybuilder revealed that growing up, he was always into sports like baseball, soccer, and American football.

The 2021 NY Pro champ further divulged that he was a sore loser and wasn’t a fan of team sports. Per Walker, he didn’t like to lose a match because of the fault of a teammate. This led him to sports that focused more on training alone and giving up team sports.

“When I was a child, I was molested. So, growing up, I tended to isolate myself quite often, and training was more of the scapegoat for me to take my anger out and be alone.”

However, Walker soon realized that training alone helped him let off steam that had been building up inside him due to the molestation incident.

Molested at school by the art teacher

“I kept this inside for years. I mean it happened when I was 12. I didn’t come out and tell my mother and father until I was 16.”

Walker explained that he decided to come out after another student complained to his mother about the same teacher, and they went public with their story.

On learning about the incident, Walker’s mother realized that the teacher was friendly with her son and inquired him about any similar episodes that might have happened to him.

“The Mutant” revealed that he lied to his mother about being molested by his art teacher at school. “It’s embarrassing to admit things like that around that age,” added Walker.

The bodybuilder decided to break the news to his mom while he was training in the gym. Since he wasn’t allowed to drive yet, his mother picked him up from the gym but refused to drive out of the parking lot until he narrated the story.

Reporting to the Police

Walker was later investigated by the police, which eventually led to the art teacher’s arrest. The molester went to jail the day Walker did the Teen’s Nationals in 2014.

“The reason why I’m more open about it now is that I did take dark paths at a very young age. I got very deep into hard drugs when I was younger, a lot of fights, and partying.”

Without divulging details, the 2021 AC champ spoke about an incident that acted as a wake-up call for him and pushed him to reconsider his path.

Walker revealed that he hit rock bottom when he was 15, and it was when he decided to turn around his life. He got serious about lifting weights and did his first show at 18.

You can check out the complete podcast below, courtesy of Rambod’s YouTube channel:

Nick Walker is currently in a long off-season and is prepping for the 2022 Mr. Olympia, scheduled for Dec. 15-18 in Las Vegas, NV. It is the first off-season for him after he turned pro in 2020.

Next Read: Nick Walker on Blessing Awodibu’s Olympia Plans: “Top-Ten for Sure But He’s Not in My Vision”