Famed chef Nusret Gökçe, better known as Salt Bae, showed that he has a ridiculously shredded physique with a recent shot of his six pack abs 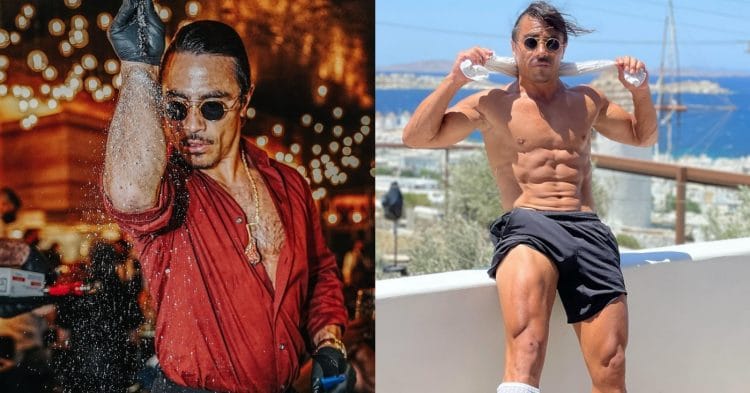 Nusret Gökçe, or as most of the internet calls him Salt Bae, is one of the most sought after chefs in the world today. He showed recently that there is more to him than that too, as he gave fans a look at his ridiculously shredded physique.

Gökçe made his name on the internet when videos of his technique of sprinkling salt on meat went viral. He quickly became a meme and well known for his slick style, smooth demeanor, and apparently delicious and highly priced meats.

That being said, there is a lot more than just fancy cuts and sprinkling salt for this celebrity chef. As he showed with a recent post to his Instagram while on vacation, he takes his fitness training seriously, and the proof is in his washboard abs.

“Whenever you are whatever you do you can always train. No excuses 💪 Record the video of your outdoor or indoor training and send to [email protected] I will post it!” the Salt Bae wrote.

“Be creative! Use stone, elastic ropes, any equipment does the job ☝️important is to start your trainings! Let the oxygen flow through your veins! I will watch all of them! Let the power be with you!! 💥 you are inspiring me! “

Judging by these photos, it is clear that Salt Bae likes to enjoy the protein from his meats, just as much as he likes serving them to customers from the tip of a knife. He also offered some encouraging words to others looking for motivation on their own fitness journey.

However it is not just when he is on vacation that he focuses on his training. He also puts a lot of effort into his workouts on a day to day basis, as is needed to have a physique like that.

If you look through the Instagram of Nusret Gökçe, you will see countless photos and videos of him during or after a workout session. It is plain to see that he takes his health seriously, even if it is just to get shredded abs like the ones he has.

In large part, it is easy to overlook Salt Bae as just being a celebrity chef with nothing more to him than that. That being said, when you take a closer look at his life, at least through what he shares on his social media, you will quickly realize that there is more to the man than just his meats and salt.