The 21-year-old prodigy, Serena Abweh, claimed a deadlift double PR which is over 3x her bodyweight. 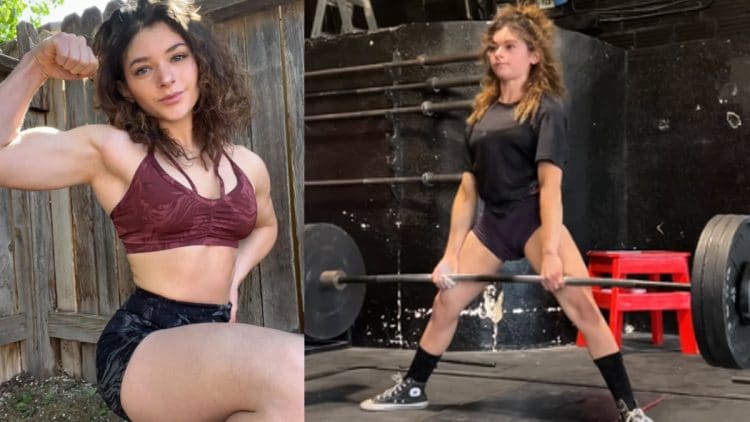 Powerlifting has been attracting many new faces who are ready to advance. However, Serena Abweh is one of the greatest newcomers to the sport, as she is already making an impression in the gym. Abweh has been putting up some impressive figures in training sessions despite her young age of 21. Serena has recently claimed a new double PR, as she deadlifted 335 pounds (152 kilograms) for two repetitions.

Serena Abweh shared her new feat of strength on Instagram and amazed all of her followers. Furthermore, her lift is considered raw by powerlifting standards, as she only used a lifting belt to help her in the lift. Serena’s style of deadlifting is with a sumo stance and a mixed grip. Another factor which further glorifies Serena’s new PR is her bodyweight. She weighed in at only 106 pounds (48 kilograms), which makes the lift just over 3x her bodyweight.

Serena Abweh developed an interest in powerlifting at a very young age, as she was only 17-years-old in her first sanctioned competition. She has already built an impressive resume, having taken part in seven events so far in her career. She was victorious in five of those, but that number will undoubtedly continue to rise. Serena claimed a 350-pound raw deadlift PR a few months back, which is significantly heavier than her competition PR. This could be a sign that she will blow everyone’s mind when she competes.

Abweh set all of her competition PRs at the 2021 USPA New Mexico State Championships.

Serena Abweh has faced many difficulties regarding her body image in the earlier stages of her life, but she was never reluctant to share her story. Abweh had an eating disorder as a child, which eventually escalated to anorexia. She has managed to overcome this through training and learning to love herself. Abweh has shared her transformation pictures numerous times, which, alongside her life story, attracted a lot of attention. She earned some fame and is now using it to help anyone who is suffering from the same issues.

It is not known when Serena Abweh will take part in another powerlifting competition, but her new deadlift double PR proves that she is making some strength gains. When Abweh decides to step on the powerlifting platform once again, she will pose a threat to many of the World’s greatest powerlifters. Until then, we have the joy of following her journey through social media.