Get bigger, more muscular legs by improving your squat. 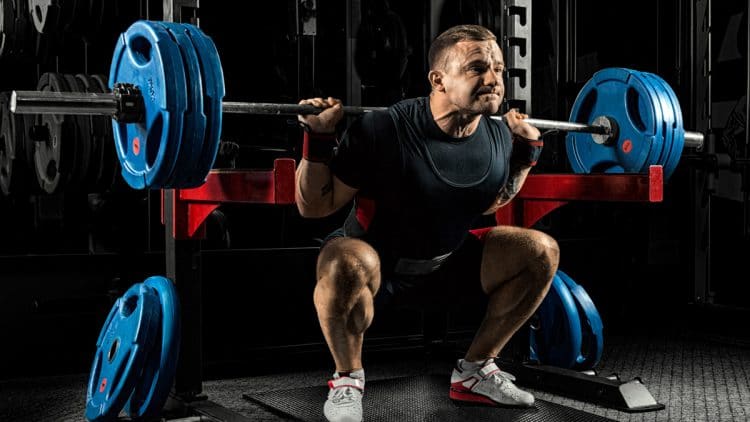 How To Squat Better

The squat is heralded as the granddaddy of leg exercises. Whether your goal is to get your legs stronger, bigger, or both, nothing really beats the squat.

Sure, machines have their place but the leg press, leg extension, and even hack squat pale in comparison to how effective the squat is for stimulating lower body growth.

Let’s break down the squat, its benefits, mechanics, and even how to use them in your next workout. 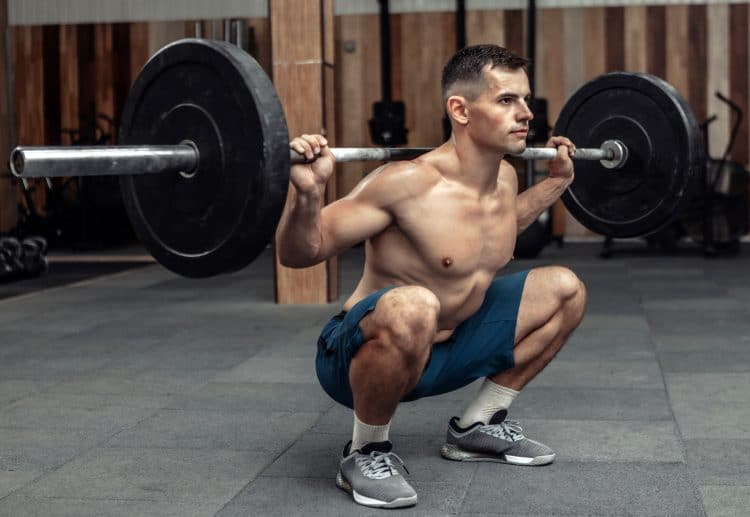 It’s pretty much doctrine that the squat is a requisite in any muscle-building routine. Although many will tout its benefits and shout from the rooftop that it’s a must-have, few actually practice what they preach. Furthermore, those who wear their heart on their sleeves and attempt literal feats of strength while squatting butcher this heralded exercise.

Such botched form and function might result in sore knees, an achy back, and bruised ego. Afterward, warning signs are sent to others pleading not to squat. “They’re bad for your knees and back” or “You’re too tall to squat correctly” are arguably the most common excuses not to squat.

Don’t listen to all that noise.

If you still want more from the squat and want to build muscle, you need to try to get all you can from them. You might need to shore up some weak areas, perfect your form, and possibly take on a different approach.

All the leg presses and leg extensions can’t compare to some well-executed squats when you want to pack on muscle mass and strength.

Squat for strength or muscle?

Here, we’re going to delve into how to squat for muscle growth. Sure, you’ll get stronger as a nice side effect, but packing on new muscle tissue will be the focus.

Training variables such as rest periods, loads, and rep ranges will change depending on your ultimate goal. In other words, it has more to do with how you do an exercise than it does which exercise you do.

A strength-focused squat program would include lower rep ranges, heavier weight, and longer rest periods. Strength training is more performance-based with the aim of lifting a determined amount of weight.

Muscle building or hypertrophy is more about recruiting more muscle fibers and fatiguing those fibers as much as possible under moderate loads.

Hypertrophy training has you using lighter loads, shorter rest periods, and higher rep ranges than a strength-building-focused training program. The goal is to recruit, fatigue, and repeat. 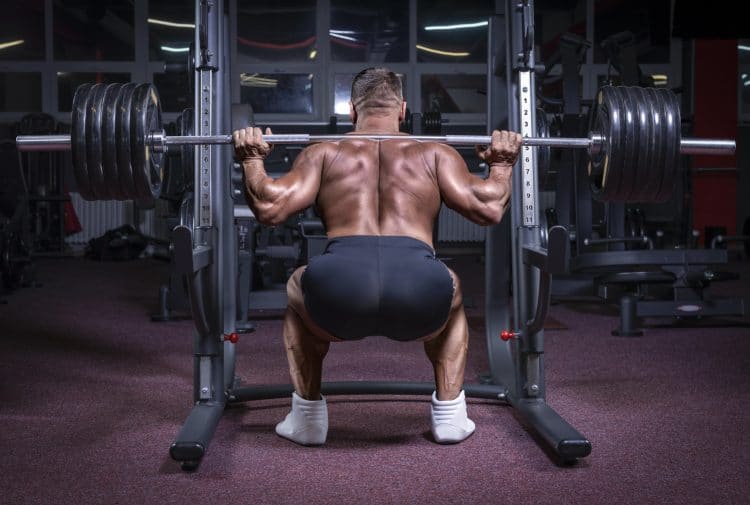 Related: Sets vs. Reps: Everything You Need to Know

How to squat better for more muscle

It’s obvious why so many lifters opt to use the squat to get stronger. It’s easier to perform the squat with lower reps and longer rest periods.

Conversely, using the squat for hypertrophy would require a substantial amount of muscular as well as cardiovascular endurance in order to elicit enough benefit.

Let’s now break down the squat and see how we can squat better for more muscle growth.

2. Get your mechanics right

A note about squat depth

There are plenty of opinions on squat depth, but here we’ll settle on performing at a depth that is comfortable for you. However, that doesn’t mean you should stop there. If you have a relatively shallow squat depth, then there may be some issues that need addressing.

For example, you may have tight Achilles tendons causing your heels to raise up as you lower your body. Or tight glutes preventing your hips from opening up for greater depth.

If any of these issues are limiting your depth, then be sure to adopt a comprehensive stretching plan several times per week.

Remember — You may not have the greatest squat depth, but you can improve upon it.

How to program squats for muscle gain

There are many ways to program the squat to reap the greatest muscle-building rewards. For one, you don’t have to perform the squat first thing in your lower body training plan. Feel free to place it after one or several other leg exercises.

You could pre-exhaust your quads by performing other lower body exercises before hitting the squat. After pre-exhausting your quads, you don’t need to use the same weights you would have used had you performed the squat as the first exercise of your leg training routine. It allows similar muscle fiber recruitment and activation, minus the heavy weights. 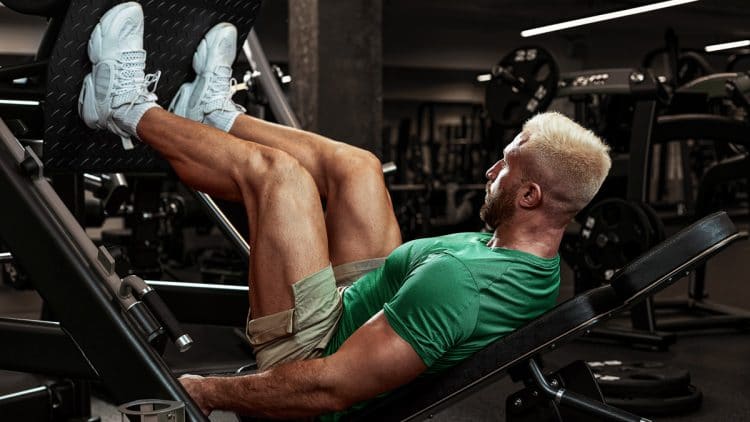 Your new leg training routine could look something like this —

If you’re the type who needs several sets to warm up your knees, hips, and ankles, try starting your lower body workouts with hamstrings. This will force blood in the knee area and prime your legs for heavier compound exercises later in the session.

The barbell back squat is the staple of every lifter, but there are plenty of other free weight alternatives to try out, such as —

Feel free to use any of the above exercises if the back squat isn’t the right fit.

To stay in a hypertrophy rep range and get the best bang for your buck doing the squat, stick to performing right to 12 reps. Additionally, you could go as high as 20 reps at times to shock your muscles. Stick to three or four working sets after you’ve completed a thorough warm-up routine.

The squat isn’t just for gaining strength. It can easily be adapted to become a serious mass builder — all it takes is a different perspective, careful attention to detail, and purposeful execution and practice.

Establish a solid foundation, execute proper mechanics, stay present with every single rep, add weight slowly and only when you’re absolutely ready, and never stop trying to perfect your form. You’ll have the squat mastered in no time and the size to show for it.