Blessing Awodibu previews his pro debut at the Indy Pro, and reveals what he plans to use to win the New York Pro as well 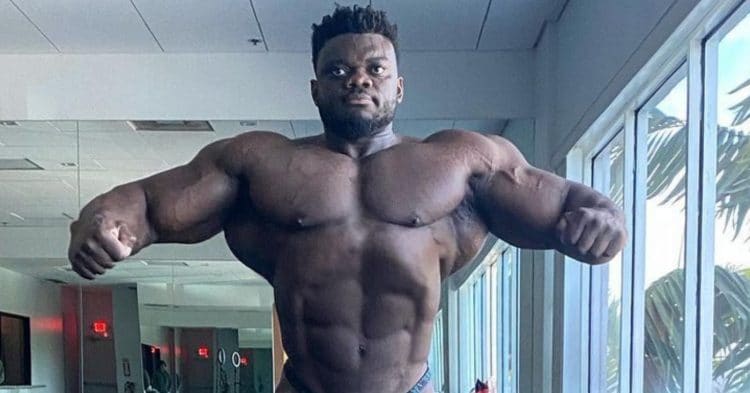 Social media star Blessing Awodibu has a busy couple of weeks ahead of him, as he is competing in at least two shows back to back. However he is motivated to beat everyone in his path at both the Indy Pro and New York Pro.

There are few bodybuilders in history that have the type of buzz that Awodibu has gotten before his pro debut. There has just been a lot of anticipation for him to make that walk on a pro stage, especially since it has been nearly four years since he earned his Pro Card.

“Where have I been? I’ve been working bro. I’ve been making gains bro, quality gains,” Blessing Awodibu said in a recent interview.

As much as people are looking forward to seeing Blessing compete as a pro, this has only been amplified by the amount of trash that he has talked. Although most of this has not actually been aimed at the contestants at the Indy Pro.

The following weekend, Awodibu is also participating in the New York Pro, facing off against the likes of Nick Walker, Justin Rodriguez, and Hassan Mostafa. Particularly it is Nick who has gotten the brunt of the smack talk from the Irish bodybuilder, and he has a simple reason for that.

As previously stated, Blessing Awodibu has been talking a ton of trash about Nick Walker in particular. However he does not just have his eyes on this rival; he thinks he will beat everyone at the New York Pro.

As far as what Awodibu thinks of Nick in particular, he was actually somewhat complimentary. Of course, that still came with a fair bit of trash talk too, with Blessing saying that he only looks good when not standing next to anybody.

“You gotta give it to the man, the man is a freak. No doubt about that. He’s young and he’s freaky and he has all this size. The thing with him, is the dude is super impressive by himself. Super, super freaky, but then when you put him next to more complete physiques, more balanced physiques, then you start to see a bit of weakness here and there,” Awodibu said.

“I mean the guy had the best legs and the biggest legs on stage. He had the biggest arms. Why didn’t he win? Because nothing matched.”

So what does Blessing Awodibu have that will beat Nick and the rest of the guys at the New York Pro? For him the answer is straightforward: he just has the better overall physique.

“I’ve been working on my posing and my presentation since I turned pro in 2017. That’s the reason I took so (much time off), just making sure I’m doing it the right way. I’ve been studying Kai Greene, a lot of the old school bodybuilders, with posing, presentation, how to engage with the crowd, and presenting a true work of art onstage.”

Time will tell if Blessing Awodibu is the real deal, when he makes his pro debut this weekend, at the Indy Pro. Although his appearance at the New York Pro might have more excitement behind it.