Life and accomplishments of Sergio Oliva. 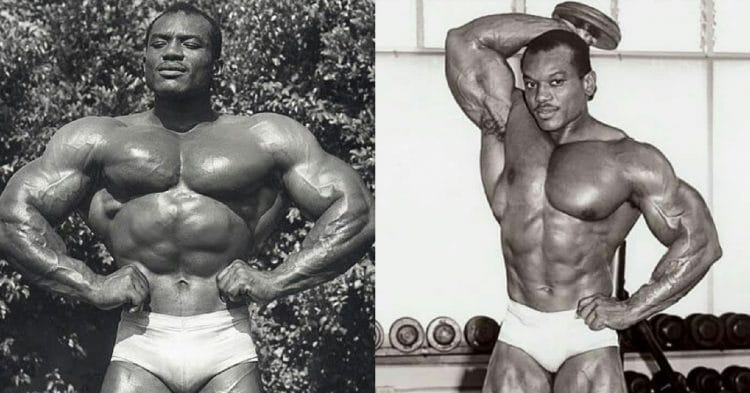 Sergio Oliva was an IFBB professional bodybuilder from Cuba. He won the Mr. Olympia title three consecutive times (1967, 1968, 1969). This is his complete profile, biography, training regimen, diet plan, and more.

His youth was anything but normal, having worked with his father in sugar cane fields at age 12 before enlisting in Fulgencio Batista’s army at age 16, of which they lost the war to Fidel Castro.

It was shortly after the war that Oliva was invited to a weightlifting club by the manager who noticed him at the beach in Cuba. His first day at the center, he was instructed to lift 220 lbs overhead, of which he did no problem.

The man who instructed him to lift the weight was quoted as saying, “I have found it, I have found it…” referring to the incredible feat that he just witnessed. Oliva was given a cleaning job at the gym of which he was paid and received free training as well.

Oliva discovered that he had a talent and genetic gifts that few do, within just a few months of weight training. He broke three Cuban weightlifting records (2 were his previous records) in his first contest at 21 and he could clean and jerk more than 300 lbs while achieving an impressive 1000 lb total (squat, bench, deadlift), weighing just 195 lbs. With this type of talent, competing in a strength-focused sport was a no-brainer.

Oliva took second place at the National Weightlifting Championship for Cuba in 1962. He was selected to compete at the Central American and Caribbean Games in Jamaica that same year, after Alberto Rey Games Hernandez, who took first in the previous competition, suffered an injury.

Receiving political asylum and move to the U.S.

While in Jamaica for the competition, Oliva made a run for the American consulate of which he was able to sneak past the guards and successfully receive political asylum from Castro’s communist regime. He weightlifting teammates and the guard also followed suit.

This was the beginning of his new life in the United States, of which he was able to relocate to Miami, Florida. In Florida, Oliva worked as a TV repairman until relocating to Chicago, Illinois the very next year for his safety. There, he got work at both a steel mill and a YMCA before serving 25 years as a police officer for the Chicago PD.

Oliva was a standout lifter having really made a name for himself in the weightlifting scene. But, he chose to focus on bodybuilding where he’d excel thanks to his top-tier genetics and hard work. He even earned the nickname, “The Myth” due to his amazing physique that could intimidate the best of the best.

Oliva won his first-ever bodybuilding competition which was the Mr. Chicagoland contest, in 1963. He then won Mr. Illinois the very next year.

In 1966, Oliva won the Junior Mr. America, and Mr. World titles before winning the Mr. Olympia contest in 1967, a feat that he repeated in 1968 and 1969. Olive was the second champion in the competition’s history.

His 1968 win was uncontested, and at the 1969 Mr. Olympia competition, he defeated the eventual 7x Mr. Olympia champion, Arnold Schwarzenegger, becoming the only man to do so.

“Then for the first time, I saw Sergio Oliva in person. I understood why they called him “the Myth”. It was as jarring as if I’d walked into a wall. He destroyed me. He was so huge, he was so fantastic, there was no way I could even think of beating him. I admitted my defeat and felt some of my pump go away. I tried. But I’d been so taken back by my first sight of Sergio Oliva that I think I settled for 2nd place before we walked out on the stage… I never like to admit defeat, but I thought Sergio was better. There were no two ways about it.” – Arnold Schwarzenegger.

Arnold Schwarzenegger would get his revenge at the 1970 Mr. Olympia show, defeating “The Myth” Sergio Oliva.

Oliva challenged Schwarzenegger at the 1972 Olympia as he believed he could regain his title. However, he ended up second once again to the eventual 7x champ.

Schwarzenegger was quoted as saying,

“In Essen, it seemed like all the top Bodybuilders turned up at their very best except for me. Sergio was back, even more impressive than I remembered.” “Compared with all of the other Bodybuilders I’ve ever faced, Sergio really was in a class by himself. I was struck by that again the minute we were onstage. It was so hard to look impressive next to him with those incredible thighs, that impossibly tiny waist, those incredible triceps.”

Oliva built a solid foundation through his weightlifting and work in construction. However, his genetics were ultimately what would allow him to respond amazingly well to his training.

He was most known for his superior arm development due to his long, full muscles bellies, and we’ve provided one of the workouts from 1965 that he used to get his massive arms.

It was said that he took inspiration from the training methods of the Golden-Era legends such as Dave Draper, Larry Scott, and Harry Poole.

Sergio Oliva had joint problems from his weightlifting days and so he’d shorten his range of motion during certain exercises such as the bench press for example.

Here’s the 1965 workout that helped Oliva to develop and maintain his 50″ chest.

In Cuba, Oliva would eat about one meal a day and he ate what he could afford, not being concerned with the quality of his nutrition. However, once he began weightlifting he could afford to up his meal to three per day, and he ate a lot of steak and eggs to build muscle.

But the most bizarre thing about his diet was that he could pack in the junk food as well. One time, his old boss Jim Alexander was curious to know what Oliva ate to get that big and what he found blew his mind. Oliva would eat a full box of Twinkies and drink Mountain Dew.

Of course, he did eat more nutritious foods but he was able to get away with eating what would be considered a nutritional sin, and still win the Olympia.

Oliva would also drink coffee for energy during his training sessions.

He was 5’10 tall and weighed 225 – 235 lbs competing. He was known to have the smallest waist and an unbelievable V-taper.

Sergio Oliva was a police officer for the Chicago Police Department for more than 25 years.

His son, Sergio Oliva Jr., currently competes as an IFBB professional bodybuilder. Oliva Jr. was the runner-up at the 2018 Chicago Pro and Tampa Pro, and he placed 5th at the 2020 Arnold Classic Ohio.

In 1986, Oliva was shot multiple times by his wife at the time, Arleen Garrett, with a .38 special.

Oliva appeared in some films during his career. He starred alongside luchador Mil Máscaras and Venezuelan actress and singer Lila Morillo in the 1975 Mexican wrestling movie El Poder Negro (Black Power). He played a massive dockworker who had beef with a gang and was recruited to perform as a lucha-libre wrestler.

In 1977, Oliva starred in the film Los Temibles (“The Fearful Ones”) aka El centauro negro.

The character Biscuit Oliva from Japanese manga and anime Baki the Grappler was inspired by Oliva.

Sergio Oliva Sr. is a bodybuilding legend and icon. He won the most prestigious title for three straight years and is known for having some of the most impressive genetics ever. His legacy will not only live on with his son Sergio Oliva Jr. but also because of what he did for the sport of bodybuilding.

Pull-Ups Vs. Chin-Ups – Which One is Right for You?