Sergio Oliva Jr. tears into Nick Walker for revealing that he was not competing before he had a chance to, which leads to a back and forth between the two 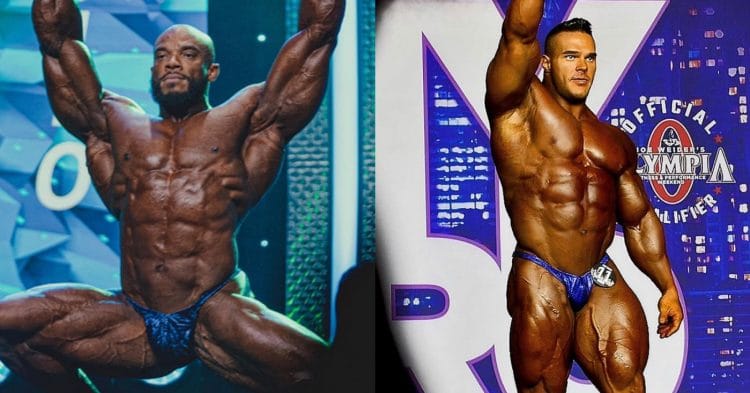 There has been quite the bit of tension between Nick Walker and Sergio Oliva Jr. over the last few days. This bubbled over into a fiery exchange on social media, between these two bodybuilding prospects.

It all began when Walker revealed in a recent podcast episode that Oliva Jr. was not going to be competing at the Chicago Pro. In and of itself this is not a big deal, but the fact that Sergio had not yet broken the news led to some hard feelings between the two.

As a result, Sergio posted a lengthy video to his Instagram, going off on Nick, Fouad Abiad and the others who reported on what Nick said, without reaching out to Sergio first. He made it clear that he felt like his trust was broken, and his privacy violated over this issue.

“I trusted someone, and I literally trusted three people with knowing what’s going on in my life. I’m having personal issues and family issues, that I need to deal with. For some reason, in this sport of bodybuilding, it’s so f—king boring that people have to always talk about your business before you get a chance to,” Oliva Jr. said.

“I’m just having issues with my family, and things I need to deal with personally, and people can’t keep their f—king mouth shut, talking about what I’m doing or what I’m not doing. It is my place to say when I’m not doing a show or not, and it hurts me so much to know that the people that I thought were my friends, would rather care about views, and likes, and being the first one to be able to get news that no one else has, rather than actually calling me up and saying ‘Hey I heard this, is it true first of all, and secondly, are you okay?'”

Sergio Oliva Jr. went on to explain that this has left him losing sponsors and investors, because he was not the first to reveal he was not competing. However this was not the end of this situation with Nick Walker.

Read also: Sergio Oliva Jr. Goes Off On Haters Who Laughed At Him For Losing Chicago Pro

Another issue stemmed from a post that Sergio made after this video, reiterating the fact that he feels like the lineups at recent shows has been weak. While he does not directly call Nick out, many people feel like this message was directed at him.

“People get so upset when you say facts. I’m sorry I’m talking about your favorite bodybuilder. Doesn’t mean I’m lying when I say the shows have been weak. I’m not attacking anyone I said it’s not the winners fault they still killed it. I even said it’s no ones fault really,” Oliva Jr. said.

“We all got screwed by COVID so people are getting their lives together and couldn’t do the beginning shows. But I just wanted to post this pic of @sas_heiratihe got 5TH at NY Pro. This is what 5th place looked like.

Following these messages from Sergio Oliva Jr., several fans reached out to Nick Walker to get his response. He answered some of these questions with a pair of posts to his Instagram Stories, which you can see by swiping through the post below.

Here, Nick explained that he does not take anything Sergio says too seriously, saying that he knows he did nothing wrong. Furthermore, he says that the two were still best friends, regardless of the drama.

“Honestly it doesn’t bother me. For anyone that watched the podcast, they know I didn’t say or do anything wrong. So, yeah,” Walker said.

“Yeah, me and Sergio are best friends.”

It is good to see that Nick Walker is not taking these issues with Sergio Oliva Jr. personally. It is not exactly clear how Sergio feels at this point, but it his perspective is certainly understandable. 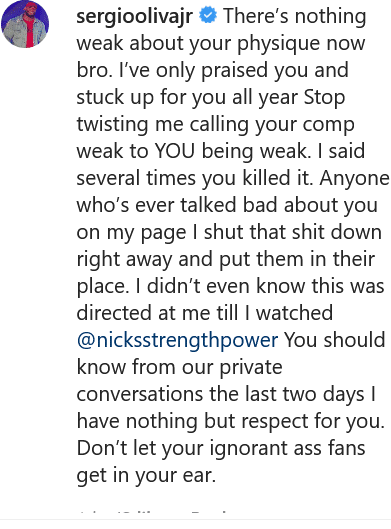 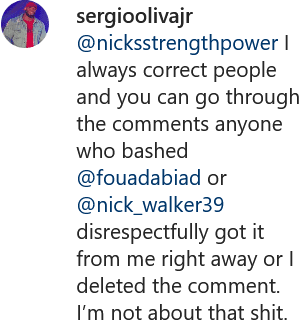 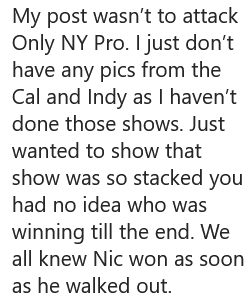 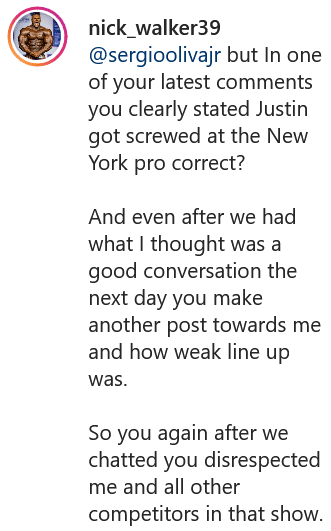 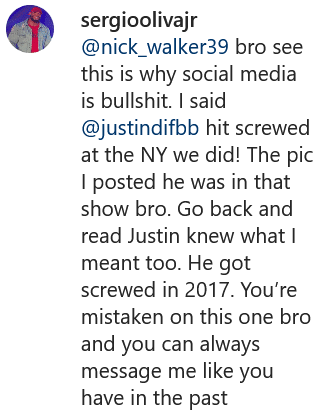 What Is Muscular Endurance and Exercises To Improve It