Seun Jubril was also crowned as the best powerlifter in the men's open division. 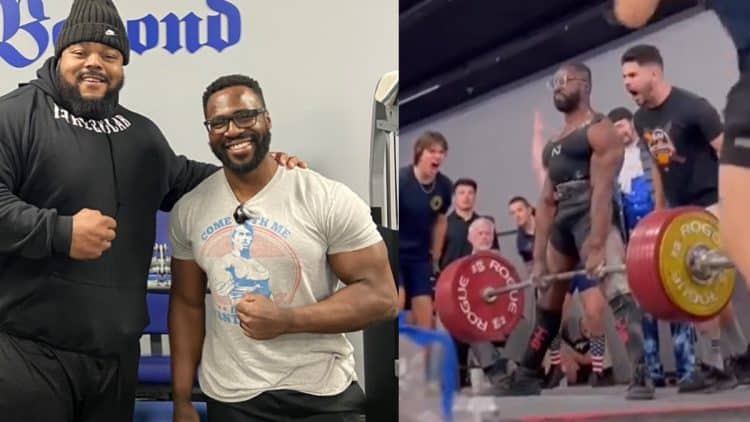 The past weekend was extraordinarily busy for powerlifting athletes, as multiple state championships and meets took place. One of which was the 2022 USAPL Michigan State Championships, as the action took place on November 5th, in Goodrich, MI. Seun Jubril was the standout athlete in the meet, taking home the best athlete award in the men’s open division. In addition to that, Seun Jubril scored a new USAPL American Deadlift Record in the raw 82.5-kilogram weight class.

One of Seun Jubril’s goals was to break this record. So, he ended up setting the new mark at 357.5 kilograms (788.1 pounds). He resorted to completing the lift with a sumo stance and a hook grip. Seeing that Seun competed in the raw division, he was only allowed to use a lifting belt and some chalk.

Achieved 2/3 of the goals I set for this meet. Told @papin_momentum I wanted to win Best Male in the Open, break the 82.5kg deadlift AR, and total 800kg. I fell short of the 800kg total, but I’m not even that upset about it lol.”

Seun Jubril was successful in executing all nine of his attempts. In addition to setting a new National deadlift record, Seun also scored a new Michigan State Bench Press Record. His list of achievements doesn’t end there, as Seun scored new Competition PRs in every lift as well.

Seun Jubril began competing in December of 2020, so he did not have enough time to compete in many powerlifting meets. Consequently, this was his third competition, but having won all three, Seun’s record looks extremely impressive.

With a National Record under his belt, Seun Jubril has now moved up to a whole new level. The record is now just short of 800 pounds, so that will undoubtedly be one of Jubril’s next goals.