Nabil Lahlou added 10 pounds to the All-Time World Record he set less than a month ago. 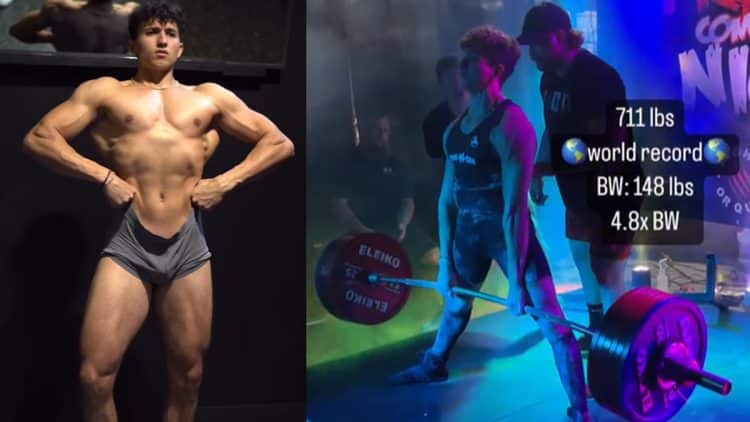 The 2022 WRPF Freaks Come Out At Night powerlifting competition took place on November 5th, 2022, in Baltimore, MD, and we got to see a few World Records fall. One of the athletes who walked away with a new achievement was a French representative, Nabil Lahlou. Despite setting the All-Time Raw Deadlift World Record in the 67.5-kilogram weight class less than one month ago, Nabil now further improved by an additional 4.5 kilograms (10 pounds). This means that the new deadlift mark now stands at 322.5 kilograms (711 pounds).

Finishing with a DOTS score of 530.457, Nabil Lahlou placed third across all weight classes, but won the 67.5-kilogram weight class. The only athletes to beat him in the overall rankings were Phillip Herndon (110KG) and Antonio Carter (100KG). Regardless, Nabil was delighted to take home a brilliant World Record. He did so by outperforming the 318-kilogram (701-pound) deadlift which he scored at the 2022 USPA Drug Tested The Good Guys UN Invitational.

Nabil Lahlou landed the 322-kilogram (711-pound) World Record by utilizing a sumo stance and a hook grip. Furthermore, Nabil was only allowed to use a lifting belt as he competed in the raw division.

Apart from setting the deadlift World Record, Nabil Lahlou also attempted to pull 330 kilograms (727.5 pounds), but was unsuccessful. In addition, Nabil scored new competition PRs in every event apart from the squat.

This was Nabil Lahlou’s 15th time competing professionally in powerlifting and his 12th win. It was also a massive World Record improvement which further separates him from the other lifters. In the meantime, he will continue striving towards that 5x bodyweight deadlift, but it’s unclear when he’ll compete next.