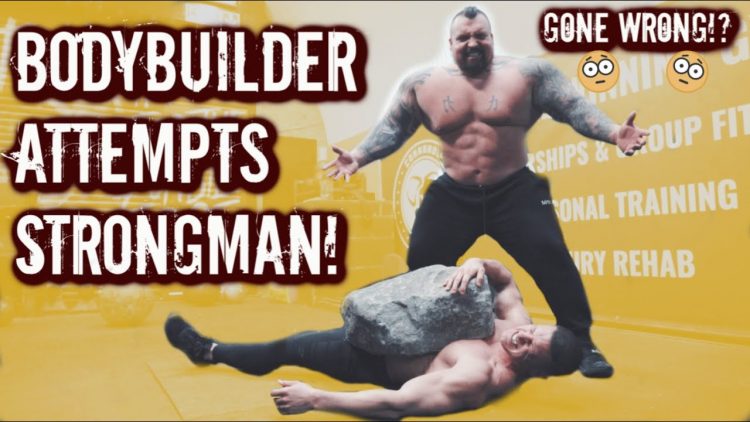 Hall is one of the best strongman athletes to ever compete. Former World’s Strongest Man, he has maintained his position among the best in the world for many years. On top of that, he has gained some fans outside of competition, through his entertaining YouTube channel.

This YouTube channel is where Hall likes to work with MattDoesFitness. Matt is another YouTuber, known for his powerlifting and bodybuilding training, and intense style. He has competed in both sports over the years, but largely spends his time in training, making videos for his channel.

Matt and Eddie Hall decided to do a video together recently, where they did the rounds with strongman training. This is was something new for Matt, which made it interesting to watch. If you have wondered what a bodybuilder could do when trying things like log lifts, tire flips, and more, you have your answer now.

Hall stats Matt off with the log press, explaining the proper form. They joke about how awkward it, as well as most strongman activities are to perform. In addition to that, they are doing a more strongman-centric diet, which was comedically difficult for Matt.

Following they, Eddie Hall set Matt up with the axel press, starting with 75kg, before moving up to 125kg, which was a struggle. Following that, they moved onto the Yoke, going as high as 400kg. Then they finished up the session, doing a tire flip, and lifting dinnie stones and atlas stones.

All in all, MattDoesFitness did pretty well, hanging with Eddie Hall. Obviously he is not used to doing this type of training, but it is safe to say that, with some time, he could fair pretty well.