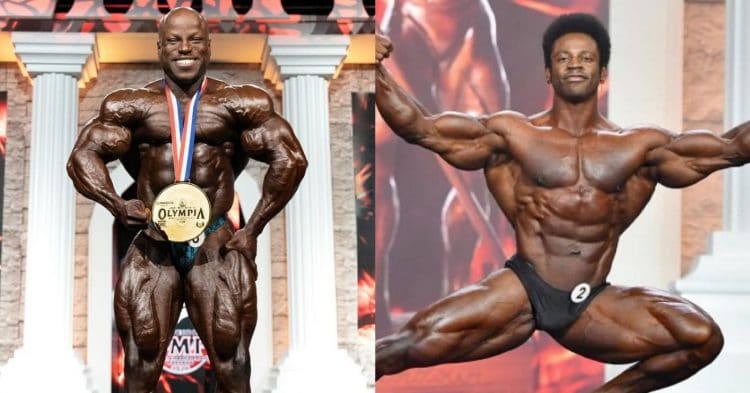 Some have been calling for former Classic Physique Olympia winner Breon Ansley to move to the 212 Division. The champ there, Shaun Clarida seems to think he could stack up well in this division.

It took several years of coming up short for Clarida to finally earn the title of 212 Olympia champ. After multiple times of being a runner-up and third place winner, he finally reached the top of the division, beating out 2019 champ Kamal Elgargni to come out on top.

The anthesis of Shaun’s career comes down to a constant ability to improve. He did not get turned back by his disappointing performances, and just kept working to get better, ultimately leading to this big moment.

Speaking in a recent interview, Shaun Clarida spoke a bit on the constant struggles to improve and grow. He opened up about his ability to persevere, and keep hoping for a chance to be called the 212 Olympia champ.

“I took my time. I wasn’t going to rush it. I was competing in other organizations, just slowly building my physique up, and when I felt like it was time and I felt ready, that’s when I decided to go for my Pro Card, which I won in 2012,” Clarida explained.

“From there, I was starting from the bottom again, and I knew that. I was ready for that. I made my debut at the New York Pro, and placed dead last. From then on, I just continued to improve every year, show up bigger and better, and just hungrier.

Obviously over the years, I’ve just climbed myself up as far as Olympia rankings go, and here I am today, a couple years later as Olympia champ.”

Now the focus is on what is next for Shaun Clarida. Of course, he intends to keep getting better and holding onto the 212 Olympia title. After all, he has about 30lb with which he can grow in the division, a circumstance that most of his competitors don’t have.

One potential foe that he will face in the future, is former Classic Physique Olympia winner Breon Ansley. While he still feels like he has unfinished business at Classic, Breon has repeatedly flirted with the idea of a move to 212, and Shaun seems to think that could be good if he adds about ten pounds.

“Aesthetically, conditioning-wise, he’s got everything. I think if he puts another ten pounds on in the right areas, he could definitely be a threat, for sure.”

Whether it be against Breon, or the rest of the hungry athletes at 212, Shaun Clarida is going to have his hands full moving forward. It will be exciting to see him continue to grow, and see if he can hold onto the crown for a long time.