Champ Shaun Clarida and top challenger Derek Lunsford look ready to battle it out on stage, 3.5 weeks out 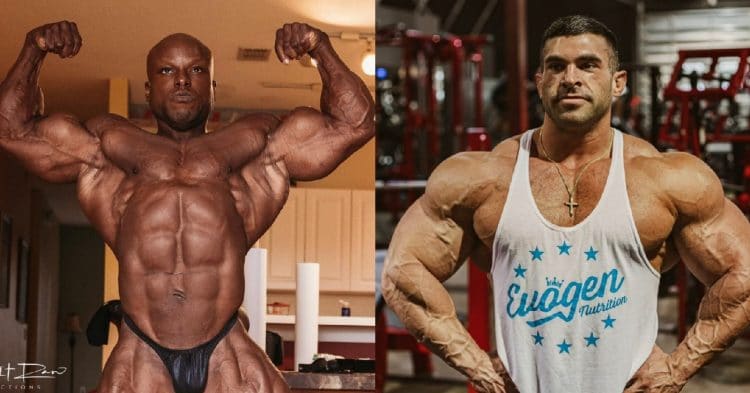 The 2021 Mr. Olympia is just around the corner, and the competition is beginning to get intense, as athletes round the corner of their preparations. In particular, 212 champ Shaun Clarida and top contender Derek Lunsford look ready to go to war on stage, in three and a half weeks.

After years of working hard but never quite making it over the hill, Clarida was finally able to break through at the 2020 Olympia, walking away with the win. It seemed to be a long time coming, especially considering some of the legends that he has gotten compared to over the years, so it was great to see his years of grinding finally pay off.

With just three and a half weeks to go until Shaun looks to defend his title for the first time, fans have been anxious to see what kind of package the champ will bring to the state this year. Posting to his Instagram, he showed how hard he is working in the final stages of his prep, annihilating leg day in a big way.

“Got a little inspiration from the FREAK @derikfarnsworth and brought back some old movements!”

While Shaun did not show off his physique at all, it is quite evident that he is looking to leave no stone unturned with his prep. Moreover, he hit that leg workout with the late John Meadows in mind, using the Mountain Dog as his inspiration to keep grinding.

There are a lot of people looking to snatch the crown from Shaun Clarida, but perhaps none are more dangerous than Derek Lunsford. While he came in fourth place last year, Derek has been a runner-up in the past, and when Flex Lewis decided to leave the division, many thought Derek was the heir apparent to the throne.

Heading into this year’s Olympia though, Derek is looking massive and much improved. He shared a bit of a physique update that shows his huge frame, while working out his chest, and showing major improvement in his back and shoulders.

With how huge Derek Lunsford looks here, it has some fans wondering if a move to the Open Division could be next for him, if things do not go his way in Orlando, next month. Before he makes a decision like that though, he is clearly putting his all into this prep, as he attempts to get the better of Shaun Clarida, and win the 212 Olympia.