212 Olympia champ Shaun Clarida reacts to the comparisons between he and Ronnie Coleman, and shares his gameplan to repeat his success in 2021 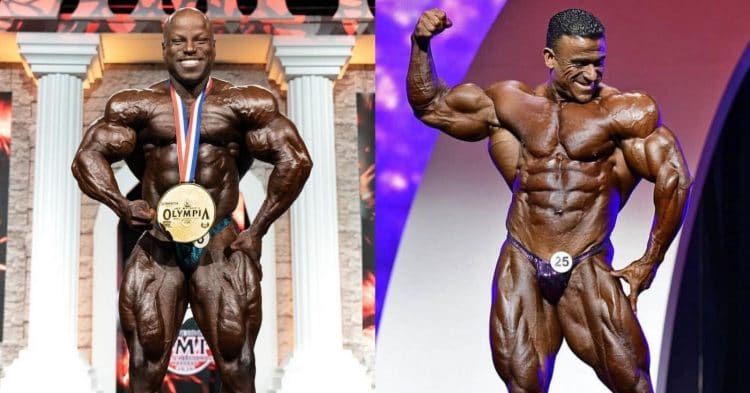 212 Olympia winner Shaun Clarida has gotten comparisons to Ronnie Coleman, despite the fact that he is just 5’2 and less than 200lb. He appreciates these comparisons, and looks to build a resume like Big Ron’s with another win at the 2021 Olympia.

The story of Clarida and his rise the 212 Olympia throne is nothing less than an underdog story. He worked his way through the ranks for years, constantly being told that he was too small to contend with the rest of the division, until he dethroned Kamal Elgargni to win in 2020.

It was around this time that people really began making comparisons between Shaun and 8x Mr. Olympia Ronnie Coleman, saying that they have similar physiques but that Shaun just has a smaller frame. Speaking in a recent interview, he reacted to these “Little Ronnie Coleman” comparisons, taking it in stride and appreciating the compliment.

“Of course (it is a compliment),” Clarida said. “I’ll take that all day long. I’ve seen people putting pictures of Ronnie and I next to each other. I’m not going to post that but…”

That said, now the onus is on Shaun to improve if he wants to keep his 212 Olympia title. However he has no concerns about that, and actually has what he considers the perfect gameplan in place to look better than ever this year.

Clarida went on to explain that he wants to add some more mass this year, especially since he has plenty of room to grow within his weight class. However he is going to be careful not to overdo things, and ruin his package.

“We’re not going to change anything. We’re going to do exactly what got me the title in the first place. But looking at photos and videos, John and I have sat down and put together a training plan to bring up areas that he feels can be better,” he said.

“A little bit more back thickness, upper fullness in the chest, a little more hamstrings, a little bit of everything. I’m never happy with anything, like I’m ready to grow everything from top to bottom… I’ll tell you right now, we’re going to bigger. We were 177 on stage this past Olympia, Matt said that we’ll be about 183, 184 on stage this year.”

As for who he is keeping an eye on this year, Shaun Clarida knows that he has his hands full. However he still feels like former champ Kamal Elgargni is the man to beat and his toughest test at the 2021 Mr. Olympia.

Despite the fact that Shaun won, Kamal had an improved physique from the one that won him the title. So this, as well as the hunger that Kamal is feeling after losing the title, makes Shaun aware of the threat that is in front of him.

“Anyone who’s competing at the Olympia is somebody I have to worry about, every competitor. But the one guy that I would say (is my biggest threat) is Kamal, because he’s been there. He’s been at the top. These other guys haven’t won yet, so he’s probably the only guy that I’m worried about.

“He’s a champion. He knows how to win, he knows what it feels like. He’s been in that position, he knows how to win, so it’s my goal to make sure he doesn’t win again,” Clarida added. “I know he’s going to be improved for sure, even at his age… I know he’s going to bring it, and it’s our goal to replicate what we did, and just come out hungrier than ever and get another title.”

It is going to be interesting to see if Shaun Clarida can hang on to his title at the 2021 Mr. Olympia. One thing is for sure though, which is that he has a ton of targets at his back this year.