Shaun Clarida Gives Health And Physique Update: “No Plaque Within The Arteries Of The Heart”

Shaun Clarida is in a terrific shape one year removed from 2022 Mr. Olympia 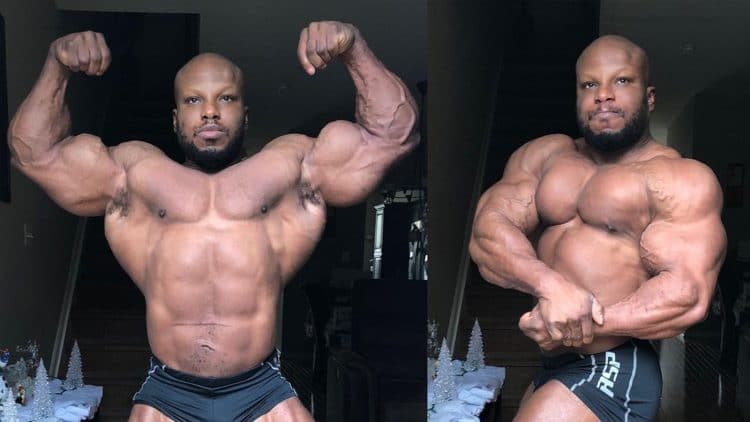 IFBB Pro bodybuilder and 2020 Mr. Olympia 212 winner Shaun Clarida shared the last physique update of 2021. Clarida had significantly reduced his activity level following the first-place finish at the 2021 Legion Sports Fest Pro in October to let his body recover. However, he kicked things off in December – exactly one year before the 2022 Mr. Olympia returns to its home in Las Vegas.

Clarida’s off-season training is beginning to show the effect as he looks incredibly muscular in the physique update. Although the Giant Killer treaded waters the open division in his last outing, he is significantly shorter than most open division bodybuilders and currently undecided on the division going forward. Shaun Clarida weighed 90kg (198.2lbs) at the time of taking the picture and courtesy of his Instagram account, you can watch it here:

Since my last show in October, I haven’t been pushing anything (food, training, supps, etc) with the purpose of cleaning my body out and ultimately giving it a break to rest and recover,” Shawn Clarida wrote in the caption to his post.

Shaun Clarida is trying to take his career to the next level. But importantly, but he is also making sure that his health is not compromised in doing so. In the caption to his post, Clarida stated that he got his body thoroughly checked during his time off. A large number of professional bodybuilders have suffered the consequences of long-term health in their pursuit of a legacy. However, Clarida’s efforts to keep a tab on his health rather than chasing brilliance with reckless abandon are appreciable, to say the least.

“During this time, I also made sure to get my blood work done, as well as get my heart checked (EKG, Calcium Score). And I was happy to hear that all my levels (BP, Cholesterol, Organs, etc.) are all good and my CT Cardio Score was a 0. For those that have never gotten a calcium core, 0 is perfect meaning no plaque within the arteries of the heart and less likelihood of heart disease and a heart attack. Of course, getting this all done is always a scary thing but knowing is always better than not because you may have time to address any issues before it’s too late.

Now that the body is fully rested, recovered and all good to go, now we start the push toward the 2022 Olympia.” Shawn Clarida wrote in the caption to his post.

39-year-old Shaun Clarida is an IFBB Pro bodybuilder from New Jersey, USA. A competitor for over 15 years, Clarida earned his pro card by winning the 2012 National Bodybuilding Championships. His 5ft-2in stature makes him more suitable for the 212 division where he has competed for most of his career.

Clarida has competed on the grandest stage of bodybuilding Mr. Olympia a whopping seven times and finished in the top ten on five of those occasions. The 2020 Mr. Olympia 212 title marks the pinnacle of his competitive achievements.

Shaun Clarida started 2021 with a second-place finish at the 2021 Mr. Olympia in the 212 division. He then tried his hand in the open division at the 2021 Legion Sports Fest Pro and emerged victoriously. Legion Pro was a Tier-3 Mr. Olympia qualifier that awarded more points than most other pro competitions.

Shaun Clarida has not changed the division for good and as the Giant Killer gets ready for the 2022 Mr. Olympia, it will be interesting to see which division he chooses to compete in.

Bodybuilder Cedric McMillan Shows Off Physique Ahead of 2022 Arnold Classic