Life and accomplishments of Shaun Clarida 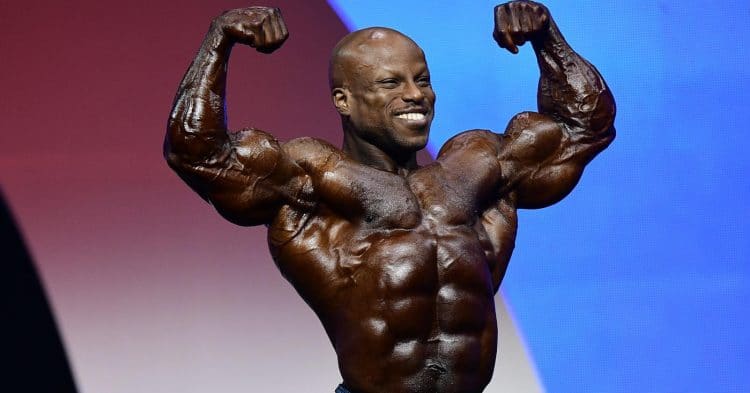 Shaun Clarida is a Men’s IFBB professional 212 division competitor and sponsored athlete from the United States. He’s the current 212 Olympia champion. This is his complete profile, biography, training regimen, diet plan, and more.

As a child, he was involved with sports such as basketball, wrestling, baseball, and gymnastics.

Clarida was smaller in stature compared to his classmates, especially in his later school years when teens usually experience their growth spurts – reaching his current height of 5 foot 2 inches or 157.48cm and weighing just 98 pounds/44 kilograms.

This was especially hard for someone like Shaun who had a love for sports, but the world isn’t always so kind to those smaller in stature and he was looked down upon and bullied as a result.

But he definitely didn’t let all of the negative comments and others’ perceptions of him discourage him from continuing to pursue sports.

But it was during this time, in his junior year that he’d take up weight training to get stronger for wrestling. But he has noted several times that building muscle never came easy.

However, little did young Shaun know that he had what it took to become an extremely elite bodybuilder. He eventually crossed paths with a bodybuilder at a local gym that helped him learn about the muscle-building process and it’s safe to say at that point in his life, he found his love and passion.

So he’d pack on a ton of muscle and decided that he wanted to try his hand at competing on stage (good decision on his part).

Since high school, Clarida has packed on over 70 pounds of muscle and looks absolutely incredible!

Shaun Clarida has earned his nickname, “The Giant Killer” and it could not be any more fitting.

He placed third at the 2019 Olympia in the 212 division right behind Derek Lunsford (runner-up) and Kamal Elgargni (2019 champion) respectively.

Many thought he deserved to be ahead of Lunsford but no biggie, he dominated the 2020 Olympia and beat both of em!

It’s no surprise that many weren’t sure he had a chance due to his height and need for more muscle mass to compete with the taller and larger guys.

But his determination and work ethic beyond what most people (including elite athletes) are capable of is what separates him from the rest.

He said many told him to give up and that he’d never make it. Well, those people were simply wrong!

Clarida has competed for more than 15 years in several shows. He earned his Pro Card in 2012 at the National Bodybuilding Championships in the bantamweight division and has been improving ever since.

His victory at the 2020 Olympia wasn’t necessarily surprising either as it was only a matter of time. His muscle, lines, flow, and conditioning were all on point in 2019 and his win the following year was extremely well-deserved.

And yet, Clarida still sees himself as the underdog and doesn’t think for one minute that he doesn’t have to maintain that mentality even if he is the current champion.

“Because I keep that almost underdog mentality, almost like I feel like I’m not there yet, It makes me hungrier.”

This win was also very special for him because it was his 50th contest.

“To win it on my 50th show, a big milestone in my career was like the icing on the cake for me.”

He also made it a point to acknowledge how important his girlfriend and coach Matt Jansen are/were for his success.

Below we’ve included his competition history.

“I’ve always been that guy that I’ll do whatever the f–ck it takes to win.”

Below we’ve shared with you a few of Clarida’s workout routines that he did leading up to the 2020 Olympia competition. Here he also trains with his coach Matt Jansen.

Chest and shoulders (4 days out from 2020 Olympia)

“I can’t tell you guys how f–king hungry, motivated, eager I am to get back to that Olympia stage.”

Clarida explained how he was told he’d have to put on more size and he did exactly that.

Then he called it… “I’m taking that title this year“.

If you want to know what the diet of an elite 212 champion looks like, then check out Clarida’s nutrition plan for the 2020 Olympia below.

Clarida doesn’t eat the typical eggs and oatmeal for breakfast especially when he needs to put on size. He needs more calorically-dense foods.

Clarida will have his pre-workout meal about an hour and a half before his training sessions. He doesn’t like to have a lot of food in his stomach and prefers something that digests easily, such as oats.

Clarida also gets an average of 8-10 sleep per night which is ideal for an athlete who trains hard as it’s an essential component of recovery and progress.

Clarida also takes a variety supplements such as vitamins, minerals, and other products from Nutrabio

Immediately after training, Clarida has a whey protein shake as it’s a fast-digesting source of muscle-building nutrition.

An hour after training, Clarida has a post-workout meal. It usually consists of pasta to mix things up, prevent boredom and provide a denser source of nutrition.

This is his last meal before bedtime.

Clarida has always been a hardgainer meaning it’s always been difficult for him to put on muscle, although you certainly couldn’t tell this was ever the case.

“I’ve always used mass gainers because I’ve always been a person that’s been a hardgainer naturally.”

Mass gainers allow him to consume a lot of calories in liquid form which is easier to get down for a lot of people.

Shaun Clarida is a huge inspiration to anyone who may not have been taken seriously due to their physical size. At just 5’2″, he’s overcome a lot of adversity to become the 212 Olympia champion; the highest possible achievement in the sport.