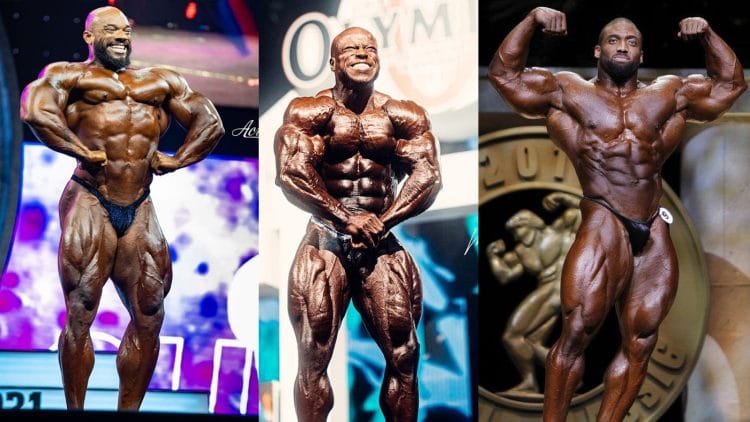 The Legion Sports Fest is one of the more exciting contests to take place in the post-Olympia portion of the year. However, Clarida is going to make this particular contest all the more intriguing.

The so-called “Little Ronnie Coleman” dropped a close decision to Derek Lunsford at the 2021 Olympia, losing the 212 title that he won the year prior. Now just two weeks later, as he revealed in a post to his Instagram, he plans to make his Open debut at this contest, although he made it clear that this was simply for fun, and not a permanent move. Moreover, we will see other elite competitors take part in this competition.

They said I wasn’t a GIANT KILLER because I never competed in the open, well, ask and you shall receive! #ChallengeAccepted” Clarida wrote.

Clarida acknowledges that Open division is more challenging and he has a plan to give all his best to stand next to big guys to show them he is overall a good bodybuilder. The former 212 champ made his intentions clear that he’s not leaving the 212 division regardless of him making his open debut at the legion sports fest this month.

“It’s always been my plan to do an open show to give myself a new challenge and ultimately just have fun. I’ve always said timing is everything, so after placing 2nd at the Olympia, already being in shape and having absolutely nothing to lose and everything to gain, this is a great opportunity to show that I’m not just a good 212 bodybuilder but a good bodybuilder period!

Clarida earned his pro card in 2012 and since then he had not competed outside the 212. Former 212 champion has won five pro shows in his career and won the legion sports fest show title in 2018. If he pulls the win this coming weekend Clarida will qualify for 2022 Mr. Olympia as an open competitor.

Not only Clarida but former 7x 212 Olympia champion Flex Lewis has also made his intentions known to move to the open division after relinquishing his title in 2018. He took off 2019 to prepare but unfortunately withdraw from 2020 Olympia due to an undisclosed injury.

The inclusion of Shaun Clarida is merely one reason to be excited for the 2021 Legion Sports Fest. With the bodybuilding portion taking place on October 24th, fans are excited to see this huge pro competition go down.

A total of six divisions will be taking part in this event, including Open Bodybuilding, Classic Physique, Men’s Physique, Fitness, Bikini, and Women’s Physique. This will also serve as a Tier 3 qualifier for the 2022 Mr. Olympia, with the winners in each division qualifying for the contest next year.

Stay tuned to Fitness Volt for updates and coverage from the 2021 Legion Sports Fest.