Flex Lewis Shares His Inspirational Journey From First Meeting Neil Hill, All The Way To Making His Open Bodybuilding Debut At 2020 Mr. Olympia 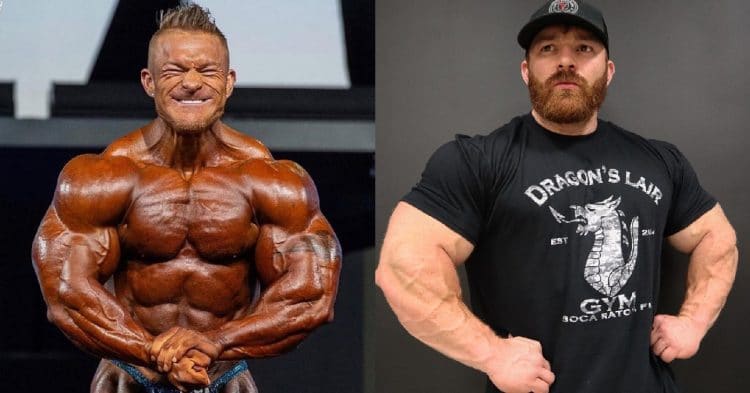 It has been a long journey for Flex Lewis to make it to this year’s Olympia, where he will compete for the first time as an Open competitor. He recently reflected on this process, sharing his story of growth and change.

Obviously this is a massive moment for Flex Lewis, as he hopes to prove himself fit to share the stage with the likes of Brandon Curry and Phil Heath. Ahead of this contest, he has been doing some reflecting on his path to reach this point. Taking to his Instagram, he looked back on the moment he met his coach Neil Hill, as well as making the decision to move to America and make big sacrifices for his athletic career.

“Only those close enough to me know my REAL path to this point.
September 2003 I competed in my first show The Mr Wales held at the Princesses Royal theatre, Port Talbot in my country of Wales, it was were I met @neil_yoda_hill1 for the first time.
This has been a 17yrs of persistence, consistency, and dedication to my craft. I made the decision that in order to better my and my family’s life I had to make the move to America at 22.
I have lost out on many things in order to see my face on this poster, but let me make it clear I am not here to take part, every man has there own story and I will NEVER shit on another mans dreams.
I am only following what I believe is mine!”

The story that led Flex to this point, is certainly inspirational. To go from making the transition from rugby to bodybuilding, to meeting Neil Hill and working to build his physique enough to earn seven consecutive 212 Olympia titles is simply incredible. As he approaches his move to Open competition, it will be exciting to see how he looks in this new chapter of his career.

At 36 years old, there is still plenty of time for Flex Lewis to make an impression in this new division. Although he has some tough challenges ahead of him, it will be exciting to see this next step in his life.