Will Phil Heath Make A Surprise Comeback In 2019? 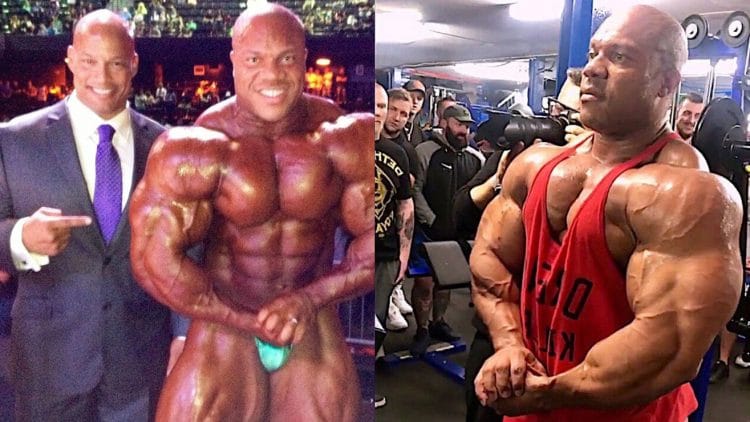 Four weeks out from the 2019 Mr. Olmypia, the biggest question revolves around the potential return of 7-time Olympia champ Phil Heath. Well, Shawn Ray could be suggesting that he knows something we do not, about this question.

Heath reigned over the Olympia competition from 2011, until losing to Shawn Rhoden in 2018. This is the second most amount of Olympia titles ever earned, so it was a big shock when he came in second place last year. However, with Rhoden not being able to compete this year, this leaves the door open for a Heath comeback.

Heath has not confirmed that he will be competing at this year’s Olympia. On the other hand, he has not verbally said that he would not be attending. Nevertheless, he is automatically eligible for any Olympia competition, so he could just show up.

One of the biggest factors making people think we could see Heath show up at 2019 Mr. Olympia, is that he keeps showing himself in the gym. All appearances imply that he is preparing for something big. This was supplemented by Shawn Ray, who posted this picture with an extremely jacked Phil Heath.

“Could this be the Next 2019 Mr. Olympia this September 14th in Las Vegas?
With a Lifetime Olympia Qualification. 7X Mr. Olympia, Phil Heath could very well pull an Arnold circa 1980 in Sydney, Australia and show up to SHOCK THE WORLD going for a Record Tying 8 Mr Olympia Victories!
I’m not saying he will but one thing we know, He hasn’t said he Won’t!
Thoughts???????”

Heath is looking unbelievable in this picture. Although Ray does not directly say Heath will competing this year, he does imply there is a chance. In fact, he compares the situation to the unexpected 1980 performance from Arnold Schwarzenegger.

Does Phil Heath show up to reclaim his throne at 2019, Mr. Olympia?