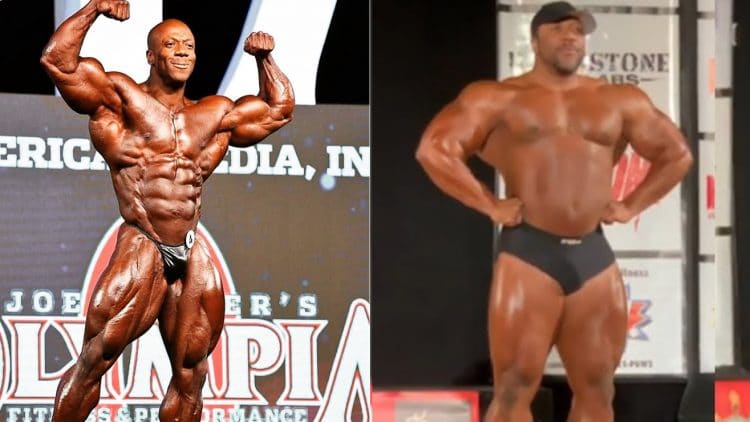 When current Mr. Olympia Shawn Rhoden showed up to the 2019 Pittsburgh Pro extremely out of shape to guest pose, he was ripped apart by so many people in the fitness industry. Well, two of these people included Shawn Ray and even Ronline Report’s very own, Ron Harris, who both did another interview about Shawn Rhoden.

But this time it wasn’t the same type of discussion. Shawn Ray explained that he’s a critic and that Shawn Rhoden actually took his the criticism from him pretty well. And Ray also said that his own “fat pictures” didn’t carry as much weight since he never won the Mr. Olympia contest. And that was his argument against Rhoden’s guest pose appearance.

“if we don’t hold Mr. Olympia to a higher standard, who is? We’re supposed to be able to criticize the champions which keep the champion one step ahead of everybody else. More’s expected of the champion. To whom much is given, much is required.”

“It has to come hard, it’s got to come swift and it’s got to be with authority that we say no, this is not acceptable because if we start getting used to this, this is going to continue happening with the next Mr. Olympia.”

Watch the entire discussion which starts at 4:35…

Shawn Rhoden’s current pictures look quite impressive and we’re all wondering if this occurrence will affect his chance at winning another Olympia title (Although it shouldn’t since everyone makes mistakes).

But, Shawn Rhoden will be held to a very high standard as he should being, the Mr. Olympia champion!

Strongman Robert Oberst Explains Dislike For Deadlift On Joe Rogan Podcast: “The Risk to Reward Ratio Is A Joke”

The sport of bodybuilding has grown tremendously since veteran Chris Cormier last battled on stage. In the latest Prime Time...

Shawn Ray is a veteran of bodybuilding and recently engaged in a discussion regarding Nick Walker's potential in the sport....