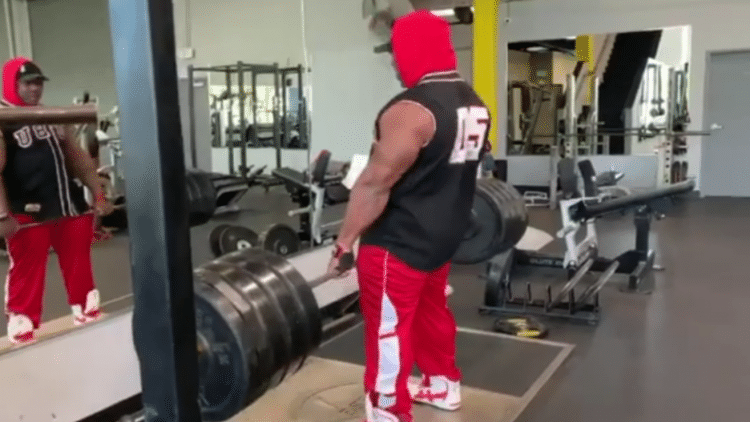 Shawn Rhoden is currently not able to compete as a bodybuilder. Nevertheless, he is staying active in the gym, as evident by a recent gym video.

Rhoden is the winner of the 2018 Mr. Olympia. When he won that contest, it seemed like the start of a new era of greatness, as he truly looked impressive doing it. His physique seemed a step above the rest, which was enough to end Phil Heath’s legendary run as champ.

However, this efforts would take a detour, as Rhoden was forced to put this career on hold. Sexual assault allegations made against him, left him ineligible to compete at the Mr. Olympia. As a result, he had to sit by and watch as Brandon Curry won the event. Moreover, it would be determined that he would be unable to compete at any IFBB show until the matter is resolved.

However, in spite of the fact that Shawn Rhoden is not competing, he still likes to stay in the gym regularly. He likes to consistently share with his fans his intense gym sessions, offering words of wisdom along the way. His most recent post to his Instagram served as no exception. Here Flexatron can be seen hitting a massive deadlift, over 500lb, for multiple reps, followed by some Hammer Strength rows.

“Let’s do the things we have never done to get to where we have never been. That’s me reminding myself everyday. Creating a better version of yourself means getting out of your comfort zone at times.

I can count how many times I’ve actually deadlift in my life on one hand. But yesterday I decided to see where I was and took 500lb+ for a few reps and it felt great. Must be the shoes from @hummerusafitness #weworking . It was pretty but I was happy.”

Shawn Rhoden continually looks impressive. Time will tell how these legal battles play out, but hopefully, he can get back on the bodybuilding stage sooner, rather than later.