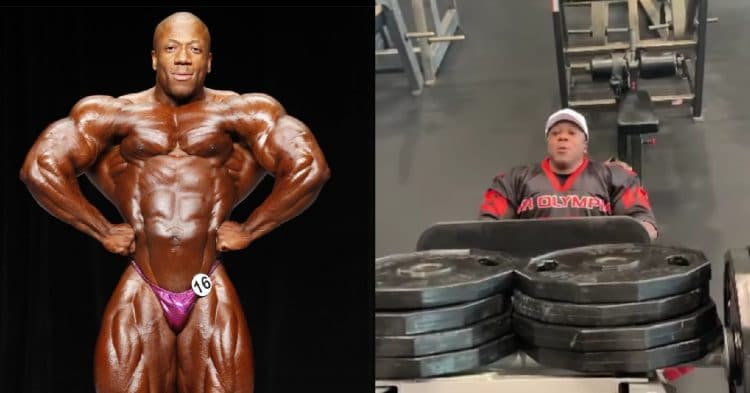 Shawn Rhoden is currently in a state of limbo, given his situation. However he looks like he could be preparing for something, after some recently posted training footage.

As the 2018 Mr. Olympia winner, some big things were expected from Rhoden. He really seemed to be coming into his own as an athlete, not to mention he was able to dethrone Phil Heath. There was even thought that he may be able to hold that title for several years.

Unfortunately some legal issues put a hole in that plan, as Shawn Rhoden lost his eligibility to compete at last year’s Olympia. While he has yet to be cleared to compete again, he is still staying active in the gym. That was evident recently, when he posted to Instagram, showing his epic leg day training routine.

That is quite the hefty leg press from Rhoden, who looks like he has been staying active recently. He has not given much in the way of training updates on his Instagram lately. However the glimpses he does share imply that he has not been taking things easy lately.

In this recent training session, Shawn Rhoden seems to be working like he is preparing for a contest. Obviously there are a ton of obstacles in the way before he can return to the stage. Even if he is granted permission to compete at the Olympia by those officials, he still has to get his IFBB Pro Card reinstated. Moreover none of that can happen until his court case has been settled.

Regardless of if he is training to compete, or just working out, Shawn Rhoden still looks like a beast of a man. It is good to see that he has not been wasting his downtime by slacking off on his training. If anything, he seems to be trying to fill in his weak spots.