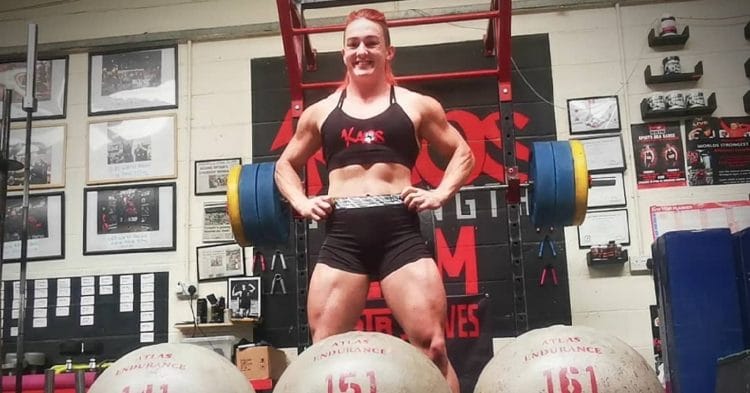 British Strongwoman, Rhianon Lovelace will be attempt to carve her place in history this weekend, when she attempts a world record atlas stone lift. This is a guide on how to watch her attempt this massive lift.

As part of the World Ultimate Strongman Feats of Strength series, Rhianon will be the first female athlete featured in the series. This has been a collection of athletes looking to score world records, while doing so out of competition. It is still an officially recognized record if successful, but it is an adaptation made during the difficult time in the world.

Rhianon Lovelace will go for the world record Atlas Stone on Saturday, June 6th, starting at 12pm EST (4pm GMT). Like previous Feats of Strength episodes, the action will be streamed on CoreSports. However an alternative method of viewing has been added for this attempt.

This is something that Lovelace has been working towards for a while. She has constantly been in the gym, training for this moment. On the day, she will be attempting the following three stones:

If she can hit the first one successfully, Rhianon will have already secured the record. However if she can pull off the 161kg attempt, she will far exceed the previous record. Not only that, but she will only be 8kg (17lb) shy of the all-time world record.

While it seems likely in this particular instance, that Lovelace will crush the world record, this is not a guarantee. We have already seen one athlete fail his record attempt on a previous Feats of Strength episode. On the other hand, when it comes to Rhianon, the question seems to be more of

Good luck to Rhianon Lovelace on her world record attempt.

No Gravity, No Problem! Astronauts Show Their Unique Workouts Done In Space