Cedric McMillan Previews His Ridiculous Physique Nine Weeks Out From The 2020 Mr. Olympia 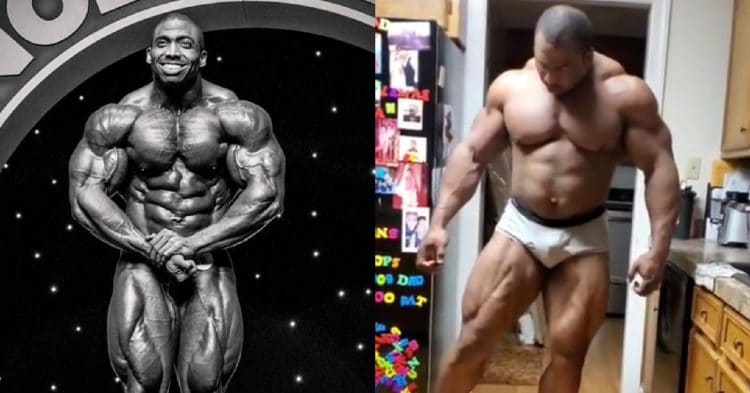 Among the official list of athletes who have qualified for the 2020 Mr. Olympia is Cedric McMillan. Just over nine weeks out from the show, he gave a preview of how his physique is looking so far.

One of the biggest differences between McMillan and the rest of his peers in the bodybuilding world is the fact that the U.S. Army Staff Sergeant has a full-time job while continuing to compete as an elite athlete. This has earned him a ton of respect, especially considering his success on stage in spite of his busy schedule, but there is also an argument to make that this has hindered his ability to properly develop his skills. Nevertheless he has still earned numerous massive wins, and scored as high as seventh on the Olympia stage.

Now Cedric McMillan is preparing for his return to the big stage, as his prep for the 2020 Mr. Olympia is underway. With a little more than nine weeks to go until he takes the stage in Las Vegas, he took to his Instagram to share a bit of a preview on how his physique is looking so far. Standing in his kitchen it is clear to see that he is looking ridiculously jacked already, still with several weeks to go.

“U can tell I got kids by the magnet letters on the fridge 😊 oh and there’s a little bit of muscles for yall to analyze like this: 🧐🧐🧐

I been in the field for 3 days, now time to get back on my grind

As he alluded to in the post, Cedric had to take a few days away from training due to his job. This is one of the reasons why many people look at his career in the military as a detriment to his career on stage. Nevertheless he is still working hard, and he has the drive and natural talent to be successful regardless of the fact that he is sometimes unable to train like his contemporaries.

Of course when he is in the gym, McMillan never hesitates to push himself to the max. He does not share training videos too often, but he recently had his son in the gym to film him. If you missed that insane chest session, you can check it out below.

There are a record number of people competing at the 2020 Mr. Olympia. However you would be hard pressed to find someone else who pushes himself and works as hard as Cedric McMillan. It will be interesting to see how he looks come December, but he is already looking massive with nine weeks to go.