The 2018 Mr. Olympia champion's DNA was found on the accuser after a police investigation. 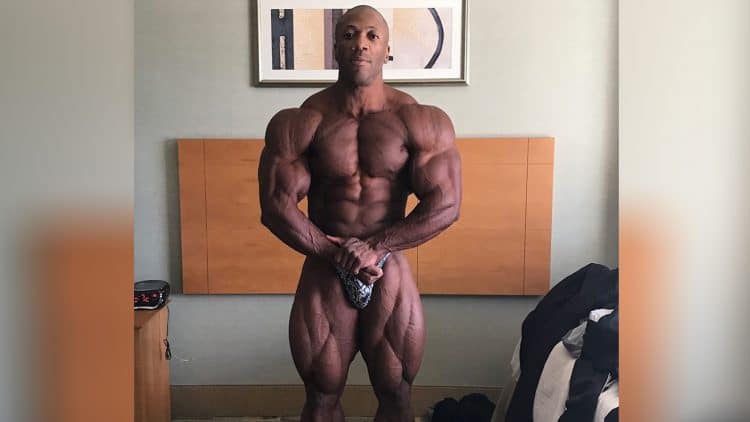 According to a Utah news source, a warrant was issued on Thursday after Shawn Rhoden was accused by a female bodybuilder of sexual assault in a Utah hotel room on October 12, 2018.

The woman explained to authorities that Rhoden was like a mentor as they’re both fitness competitors. But, her visit to his hotel room in Utah turned into a scary situation after Rhoden apparently forced himself onto the women and sexually assaulted her.

According to charges, “Rhoden forced himself on her and sexually assaulted her, despite her trying to push him away and telling him repeatedly to stop“.

She also explained “Rhoden stopped and let her leave when she told him she needed to go downstairs or else an acquaintance waiting in the lobby would know “something (was) up“.

But she finally got away after telling Rhoden she needed to go downstairs so that an acquaintance waiting downstairs wouldn’t think anything suspicious was going on.

This incident will put a really big dent in Shawn Rhoden’s legacy of being one of a very few to win the most prestigious title in a bodybuilding competition.

And with the 2019 Mr. Olympia just around the corner, we’re curious to see how it will all play out.

We’ll update with more details as they come in while the story continues to develop.