This off-kilter bicep exercise can shock new growth into your bi’s.

Get More Bicep Gains With The Amazing Spider Curls: As with any muscle group, variety in exercise selection can mean the difference between making gains as quickly as possible or taking the detour route to ‘growth city’. Well, we believe spider curls belong in the category of movements you should utilize when you’re not quite experiencing anything different from your current regime.

Now yes, a curl is a curl, and both biceps heads perform essentially the same function (flexion and supination of the forearm at the elbow joint). So, all curls will work both heads.

But… there is a common belief that it’s possible to emphasize one head more than the other by tweaking arm position. Not to mention, we may even be able to maintain tension in a muscle for longer by modifying body position.

And soreness may be a good indication that we’ve successfully stimulated new fibers which convinces us that exercise variety is, in fact, necessary for optimal development.

Well, spider curls are typically utilized to emphasize the short (inner) head of the biceps. So, let us explain how to maximize this movement to create some overload and promote more growth…

How To Do The Spider Curl?

Note: There’s also a bench specifically for the spider curl but it’s not as common which is why a regular adjustable bench or preacher curl stand is typically used.

Here’s a video example of the exercise being performed on a spider bench.

Why Do Spider Curls?

The body position required to do this exercise is different from others because your torso is positioned forward so that your arms are hanging in front of your body.

This places more of an emphasis on the short head as opposed to the incline curl, for instance, which emphasizes more of the long (outer) head due to the pronounced stretch from the arms being positioned behind the body.

Also, leaning forward keeps tension on the biceps a little better at the top of the curl when compared to a preacher curl, for instance, depending on the range of movement. But this also makes the exercise rather challenging as well because you can’t use as much momentum or assistance from other muscles to curl the weight up.

Another reason to opt for an exercise such as the spider curl is if you’re suffering from pain in your shoulders (e.g. rotator cuff tendonitis). Spider curl exercise is ideal for preventing further pain due to less stretch near the shoulder capsule.

So, by placing the arms in front of the body, you lessen the possibility of discomfort.

How To Maximize The Effectiveness of The Spider Curl

Well, we know that to maximize strength and hypertrophy, it’s important that an exercise involves taking a muscle through its entire range of motion. Therefore, we recommend using a weight that will allow you to do so (no ego lifting).

Plus, you won’t be able to go as heavy anyway. So, to start, choose dumbbells that will allow you to perform at least 10 reps so that you can maximize mind/muscle connection to get an optimal bicep contraction.

Then, you can gradually increase the weight as you become more experienced with this movement. But just make sure you never have to compromise good technique.

Since this variation allows for more consistent tension on the muscle, you can curl the weight to the very top and get a great contraction in your biceps if done correctly.

But again, you’ll need to select a proper weight to make this possible. Then, you’ll lower the weight to near full arm extension.

For spider curls, we recommend doing the concentric (positive) portion of the exercise at a moderate tempo, and the eccentric (negative) slower to take advantage of increased time-under-tension for hypertrophy.

Plus, this will prevent you from just dropping the weight during the negatives which is counterproductive.

Using this tempo will also allow you to use heavier weight while also optimizing time-under-tension but you won’t be able to do as many repetitions.

Here are a few awesome spider curl variations you can do…

There are a few benefits of the single-arm spider curl.

For one, it’s a unilateral (affecting one side) movement which allows you to focus on one side rather than both. This is great for identifying a weaker side but it’s a muscle-builder just as much.

Also, you can curl the dumbbell closer to the center of your body or you can utilize the cross body curl (curl from one side to the opposite shoulder) to emphasize more of the long (outer) head of the bicep.

You’ll hit more of the brachioradialis and brachialis muscles to work on improving bicep width with this variation. The DB hammer spider curl is performed no differently than the basic version except for hand position.

Cables are an amazing training tool because of the constant tension and versatility provided with each and every exercise. Well, this is no different for the spider curl and that’s why we think it’s a great variation.

The setup is pretty much the same so you’ll lie chest down on the incline bench but you’ll position it in front of a low cable pulley far enough away so that you can maintain tension at the bottom of the curl. Attach your bar or handle of choice and execute the movement exactly the same. Your elbows may move slightly forward but that’s ok.

By using a preacher curl stand that adjusts as high as it can go, position your body the opposite way so that your arms are hanging perpendicular to the ground rather than at an angle as you would with the typical setup.

It’s still chest-supported at an angle so this variation mimics the spider curl. You can use a dumbbell or barbell for this variation.

Another way to do this is to adjust a bench to where the backrest is perpendicular to the floor and not at an angle. This way you can still maintain a similar position as the spider curl.

Who Should Do The Spider Curl?

Literally anyone can benefit from the spider curl.

It’s a viable muscle and strength-building isolation exercise for the biceps, not to mention, it’s different from many of the typical bicep movements. Plus, it’s effective for pure isolation of the muscle which is necessary for optimal bicep development.

But it’s especially useful for individuals who are suffering from shoulder issues due to the position of the arms in front of the body. As mentioned previously, this is an optimal position for reducing stretch and strain on the shoulders, and it’s a better option than bicep exercises which involve bringing the arms behind the body for this reason.

What is the spider curl?

It’s basically a bicep curl variation that involves leaning chest down on a 45-degree incline bench so that your arms are extended and hanging perpendicular to the floor. You’ll then perform your curls in this position whether using dumbbells or a barbell.

What’s the difference between a spider curl and preacher curl?

The spider curl is performed with the chest supported on an incline bench so that the arms are hanging perpendicular to the ground. This variation is better for keeping tension on the biceps especially near the top portion of a curl.

The preacher curl is usually performed seated but it’s also a chest-supported exercise and the arms are positioned at an angle to create more tension on the biceps especially during the initial portion of the curl.

Which muscle/s does the spider curl work?

The spider curl works the biceps but it may emphasize the short (inner) head a little more than the outer (long head) due to the position in which the arms are hanging in front of the body.

What are the benefits of the spider curl?

This isolation exercise is effective for building muscle and strength in the biceps.

The spider curl is also beneficial for those with shoulder issues because it reduces stress in the shoulder capsule due to the arms positioned in front of the body.

Are there alternatives to the spider curl?

One effective alternative is to adjust the height of a preacher curl bench and face the opposite direction so the arms are hanging straight down and not at an angle similar to how the spider curl is performed.

Spider curls get a thumbs up from us simply because it’s a unique bicep exercise that can emphasize the short head of the biceps, and we’re almost positive most people can benefit from incorporating this exercise in their biceps training regime.

Plus, it keeps things interesting and there are a few awesome variations you can do as well.

So… try it out. You might just want to keep it as an addition to your current biceps routine. 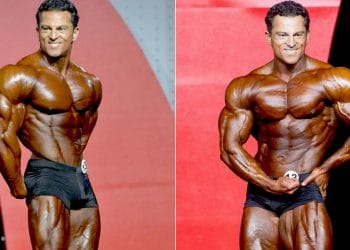 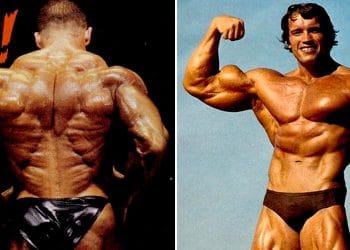 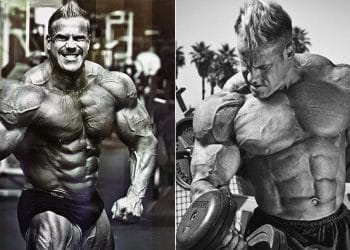 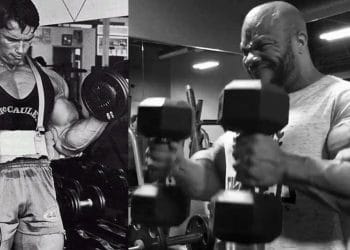 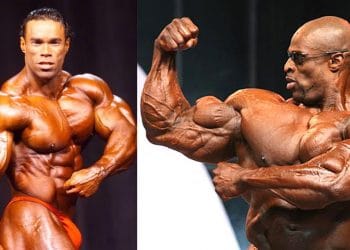