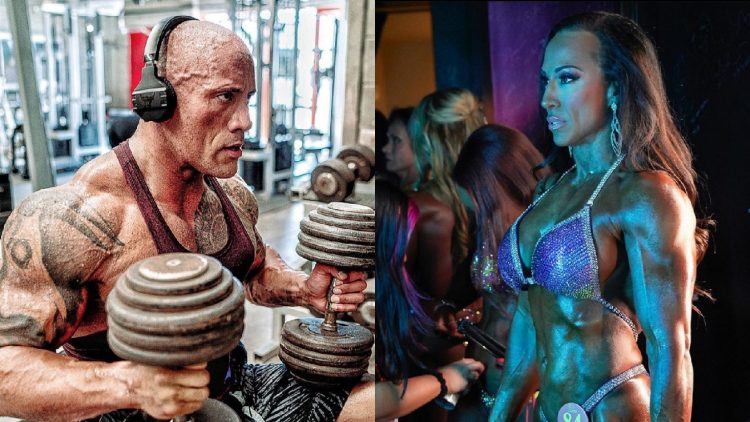 Dwayne Johnson and Dany Garcia certainly got the attention of the bodybuilding community when they announced they would be starting their own show. Now the Rock gives some updates on this show, and promises that it will be bringing some big changes.

It would be an understatement to say that Johnson and Garcia made the announcement that they would be starting the Athleticon. There had been some rumblings of a potential new show that would be coming soon, which could perhaps even rival the Olympia. However nobody expected the announcement to come from the WWE superstar and his ex-wife, and bodybuilder, Dany.

Not a whole lot of information is known about the Athleticon, but Johnson keeps slowly revealing some details. What we do know, is that the event will feature the NPC Worldwide International World Championship. In addition to that, there will also be a UFC Fan Experience, as well as celebrity guests and more.

It seems that Dwayne Johnson is pulling out all the stops for this massive show. In fact, he recently took to Instagram, to provide a preview of what’s to come. The video has he and Dany explaining their motivation for creating the show, and they promise that it will be a big game changer in bodybuilding.

This is what the message said:

“It’s OFFICIAL – the first of its kind 👏🏾💪🏾🥃
Our passion venture known as @athleticonatl goes LIVE this OCTOBER in my home city of ATLANTA!
@danygarciaco and myself will bring the very best of/
Athletics.
Wellness.
Entertainment.
All over the course of an EPIC WEEKEND at the GEORGIA WORLD CONGRESS CENTER.
I never use the term “Chasing Greatness” lightly, so join us for #ATHLETICON in October and we’ll chase and achieve it – together.”

The video has Johnson and Garcia taking turns explaining all the amazing things that will be coming to the Athleticon. They explain that this will be an event where the goal is for everyone to find something to come away with. Moreover, they plan for this to be like something unlike any other event in fitness.

Dwayne Johnson was motivated to create Athleticon after hosting the Olympia a couple of times, and the inspiration is clearly there. Furthermore, he has brought in Robin Chang, who is the former head promoter of the Olympia, to spearhead the operation. As a result, the Rock is hoping to deliver a massive experience for fans and athletes alike.

The debut of the Athleticon takes place at the Georgia World Congress Center, in Atlanta this October. It will be exciting to see how the event pans out.

As one of the busiest actors in Hollywood, Dwayne ‘The Rock’ Johnson has a jam-packed schedule but always finds time...