This Stefanie Cohen and Mat Fraser team-up is epic. 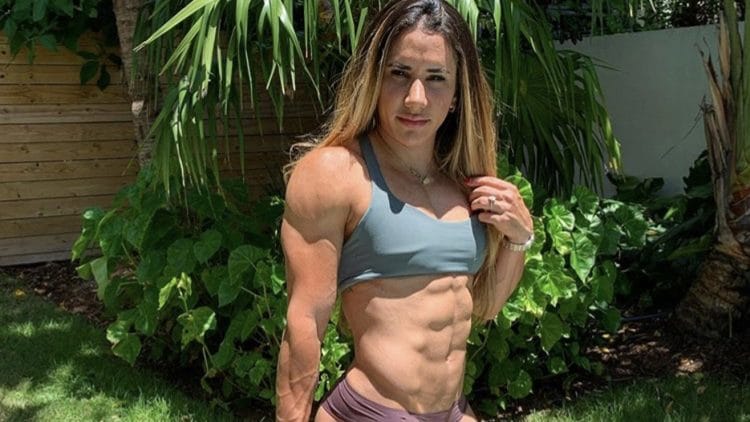 What happens when the world of Powerlifting meets CrossFit? Stefanie Cohen and Mat Fraser make for one of the most ambitious crossover events.

In a new video titled “Inside The Mind Of The Fittest Man On Earth | Mat Fraser”, Cohen interviews the CrossFit legend and gives him a few pointers on powerlifting.

Right now Fraser is The GOAT when it comes to the CrossFit games. Despite suffering a penalty on day two of the 2019 games, Fraser would stand on top of the podium in August. Fraser earned the title of Fittest Man on Earth at the 2016, 2017, 2018 and 2019 CrossFit Games.

The thrilling four peat comes on the heel of back to back second places for Fraser in 2014 and 2015.

Cohen is a legend in her own field. The five foot athlete is multiple world record holder as a powerlifter and a Doctor of physical therapy.

The duo have been hyping up the meet-up for some time now.

“When in Miami… I had to reach out to @steficohen and get schooled in some deadlifts tips and techniques. Thanks for the hospitality! We hit some great local spots, training at @hybridperformancemethod and recovery at a Miami Russian bath house. Top notch day in my books.”

“Preparing @mathewfras for when sumo deadlifts come up at the Games😅. This guy is the real deal- phenomenal athlete, kind, humble and one of the most passionate and dedicated people I’ve ever met. Can’t wait to see you crush it this season”

The trailer would then drop for the crossover event, with the full encounter below.

“I was pumped to link up with @steficohen last week in Miami. I’ve been following her career and I’m always looking to connect with masters of their craft. If you want to get better at something, lean on the best of the best to teach you a thing or two”

“We had the opportunity to have 4x fittest man on earth, Mat Fraser, come through hybrid and I taught him how to sumo. We also got to hear how he has managed to stay on top for 4 years in a row.”

How To Watch CrossFit Open Workout 20.4

Plant-Based Diet: Is It Right For Bodybuilders? Some Think Not