Gama Pehlwan features in google doodle for a special occasion which would be his 144th birthday. 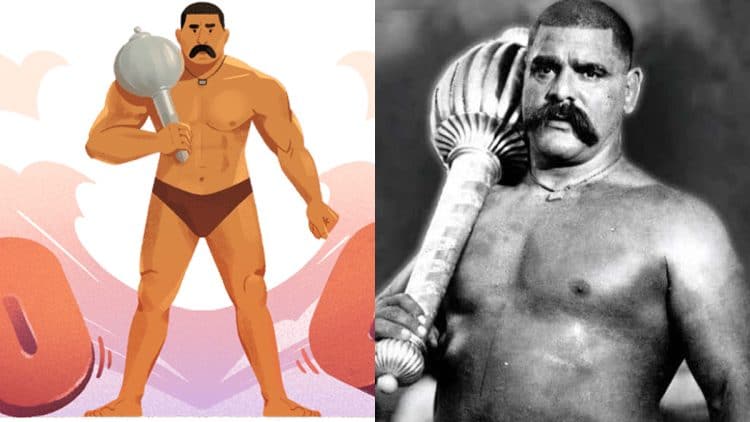 Ghulam Mohammad Baksh Butt, better known as Gama Pehlwan, got a custom google doodle on his 144th birthday. The infamous Strongman and wrestler from India is still remembered for his successful life, and artist Vrinda Zaveri created the drawing in his honor.

A Google Doodle is a special, temporary alteration of Google’s logo, and Gama Pehlwan’s drawing was featured on Sunday, May 22, 2022. Vrinda portrayed Gama holding a giant mace and stomping the letters of “Google” away from him. Gama’s iconic mustache and shorts are also depicted in the drawing, alongside a very muscular physique.

Who is Gama Pehlwan?

Born in the late 19th century, Gama Pehlwan dedicated himself to sports at a very early age. He was first noticed at age 10, when he excelled at a Strongman competition in Jodhpur, which included over 400 competitors. Many people noticed Gama’s incredible strength, one of which was the Maharaja of Datia, who took him into wrestling training.

It is important to note that the legendary Bruce Lee was a devoted follower of Gama Pehlwan’s training. Lee read about Gama and incorporated his exercises into his own workouts. Bruce Lee included both the squats and the cat stretches.

At 5-foot 8-inches and 250 pounds, Gama Pehlwan went undefeated throughout his extremely long wrestling career. His breakout performance was in 1895, when he was just 17-years-old. Gama challenged then-Indian Wrestling Champion, Raheem Bakhsh Sultani Wala. Raheem was 7-feet tall and the champion, so everyone expected that he would easily beat Gama. The bout ended in a draw, but Gama proved how much potential he has.

By 1910, Gama Pehlwan had conquered wrestling in India, so he traveled to Britain in the hopes of organizing matches against their wrestlers. Upon arriving in London, Gama issued a challenge to wrestlers from any weight classes, but he still could not find an opponent. However, Benjamin Roller from America accepted the offer after finding out about the prize money, and Gama pinned him in just under two minutes. Gama ended up beating 12 more opponents on the next day, which solidified him as one of the strongest people on earth.

Upon the separation of Pakistan and India and the raging Hindu-Muslim riots, Gama Pehlwan moved to Pakistan and saved hundreds of Hindus from mobs in Lahore.

It is said that Gama Pehlwan did not stop wrestling until he reached the point that no one wanted to go against him. He lived until the age of 82, having passed away on May 23, 1960. Gama has been gone for more than 60 years, but he still serves as a great inspiration for many athletes around the world. His accomplishments were also a stepping stone for everyone who came after him.