How many calories burned wrestling? 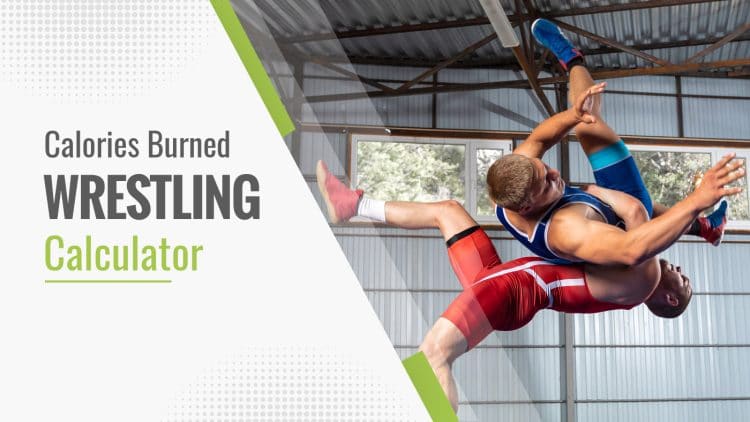 The average person weighing 180 pounds burns 515 calories per hour wrestling, the total calories burned depends on the your weight and the intensity of wrestling match.

We’ve all seen so-called “professional” wrestlers on TV doing crazy stunts like crushing tables and jumping from high heights. But the sport of wrestling outside of the wrestling you see on TV can actually be a great way to burn calories.

Wrestling is a very intense sport that is practiced by people of all ages and all skill levels. The reason why wrestling can be so great is that it involves plenty of intense movements and quick reflexes in order to pin your opponent or to gain a superior position while wrestling.

Many wrestlers who participate in the sport at the highest levels are in superior condition since wrestling can be a very intense cardio workout, especially if the match lasts a long time. Since matches can go on for many rounds until a winner is determined, doing cardio will be crucial for seeing success while wrestling.

Now that you know wrestling can be a great workout, it’s time to figure out exactly how many calories you can actually expect to burn while wrestling.

Using the calculator to determine how many calories you’ll burn while wrestling is easy and only requires a few steps. To calculate the number of calories that you’ll burn, just input your weight and the time that you’ve spent or plan to spend doing wrestling activities. Then select the appropriate wrestling activity and hit CALCULATE.

Our calculator uses MET values to give you an accurate estimate of how many calories you can expect to burn while wrestling and doing other activities. If the MET value is high, this means that you will burn a significant amount of calories when doing the activity.

MET stands for metabolic equivalent and MET values indicate the approximate energy expenditure that is required to perform certain activities, such as wrestling.

This means that a MET value of 1 is the equivalent of the amount of energy you will use while at rest, and a MET value of 4 means you are expending 4 times as much energy compared to being at rest.

The formula that our table tennis calculator uses to determine the number of calories burned per minute is (MET  x  bodyweight in Kg  x  3.5) ÷ 200.

A person weighing 180 pounds will burn approximately 516 calories per hour from wrestling. This activity has a MET of 6, which means that you will burn 6 times as many calories as you would at rest.

This is what the formula for calculating the calories burned while wrestling will look like for a 180-pound individual at a MET value of 6.

Wrestling is a very intense and complicated sport that encompasses many different types of movements involving grappling, takedowns, pins, and joint locks.

The reason that wrestling is so complicated is that there are many different forms of wrestling that are being practiced around the world, all with different rules and ways to win at the sport. For example, some of the most popular wrestling forms are:

Wrestling is also a form of martial arts, which are a range of physical sports that use punching, kicking, and grappling strategies to beat their opponent.

The origin of the sport of wrestling was first discovered when 15,000 years old cave drawings were found, however, the sport wasn’t truly developed until Ancient Greeks decided to incorporate wrestling into their Olympic games [2].

Wrestling was a very brutal sport in Ancient Greece and some advances in the playing style and popularity of the sport led to new rules being implemented. This also led to new forms of wrestling being created into some of the styles that we know of wrestling today.

Wrestlers at all levels spend a significant of time on their conditioning and cardio, as going several rounds of wrestling at full speed can be very taxing and exhausting on the body. Many wrestlers also spend a lot of time strength training since the primary goal in wrestling is to use power to pin your opponent.

What Muscles Does Wrestling Work?

Since wrestling is a total body workout, it’s no surprise that the sport uses virtually every muscle group while wrestling. While some activities like running and cycling place heavy emphasis on the lower body, wrestling is just about equal in the muscle groups that are worked which is why it’s so important to have a balanced physique to be successful at wrestling.

The major muscle groups that wrestling works are:

If you want to be a wrestler successful at the highest levels of the sport, you need to focus on conditioning and developing your lower body muscles like your quads and hamstrings as well as your chest and upper body. Developing these muscles will give you the power you need to out-muscle your opponent and win the match.

However, simply working these muscles to become stronger isn’t the only thing that you need to do to be successful at wrestling. You also need to study the sport of wrestling and the best techniques that are used by other successful wrestlers. Being strong will only get you so far, knowing how to win is the way to find success at wrestling.

Since many wrestlers spend countless hours doing cardio, strength training, and other activities to enhance their wrestling abilities, there are plenty of different benefits that you will get if you decide to start wrestling in competition.

Among the top benefits of wrestling are:

Losing weight is possible since wrestling practices require constant running, sparring, and strength training. In addition to this, wrestling is divided up by weight classes, meaning that you can only wrestle other people that are in your same weight class to make things equal.

Decreasing body fat goes hand in hand with losing weight. The intense cardio sessions that wrestlers do in practice burn a significant amount of calories which will help wrestlers to decrease their body fat percentage. Being lean in wrestling is very important, which is why decreasing your body fat is such a huge benefit to wrestling.

Building muscle through wrestling is primarily done when not in the ring or on the mat against opponents. Many wrestlers at higher levels put a significant amount of time to focus on their strength training to build muscle in order to overpower their opponents during the match.

Increasing endurance through wrestling is another major benefit. Wrestlers will also do long sessions of steady-state cardio in the form of running outside and on the track, or even indoors around the gym. When you do cardio consistently, you can increase your endurance to make you be able to wrestle opponents longer without getting exhausted.

Better longevity for those that do wrestling has been proven by scientific evidence [3]. It was found that male Olympic wrestling champions lived longer than matched individuals in the general population with similar physical characteristics.

As you know, wrestling is a very intense sport that also can potentially be dangerous in some situations. There have been lots of incidents in wrestling where the competitors have sustained serious injuries.

In order to reduce the risk of serious injury, it’s important that you have the right equipment for safety as well as to practice wrestling at the highest levels. Some of the most common equipment that is needed for wrestling is:

What are the best workouts for wrestling?

The best weight-training exercises that you can do for wrestling are compound movements that are multi-joint exercises like squats, presses, rows, pulls, and more. These exercises allow you to put on strength in the muscles that are used the most in wrestling which will give you an advantage while wrestling against your opponents.

What kind of training do wrestlers do?

Wrestlers at the highest levels of the sport generally begin their training with three to four steady-state cardio workouts into their routine. Some of these workouts include cardio workouts like running, jogging, spinning, and more. Then most wrestlers will start sparring with their partners before moving onto full-speed wrestling activity.

Is wrestling a full-body workout?

Since wrestling is a sport that requires you to have a balanced physique of strength in your upper and lower body, it is considered to be a full-body workout. Many wrestlers incorporate every muscle group into their workout routines to achieve a balanced and powerful physique.

What is the best cardio for wrestling?

The best cardio workouts to get in the best shape for wrestling are activities like swimming, jogging, bike riding, and sprinting. These cardio exercises allow you to develop all the muscles that are used while wrestling in addition to increasing your endurance to wrestler for longer amounts of time without fatigue.

Wrestling is a sport that has a rich history and has been practiced in various forms for thousands of years. In order to wrestle at the highest levels of the sport, you need to put a significant amount of time into your conditioning and strength training routine.

Wrestling can be a potentially dangerous sport, so it’s important to make sure that you have the right equipment to protect you from injury and also to make you better at the sport.

Wrestling is one of the best full-body workouts that you can do, and there are proven benefits to wrestling that can improve longevity just by participating in the sport.

Use our wrestling calculator to get an idea of how many calories you can expect to burn while wrestling, and be sure to check out all the other calculators that we have to offer at Fitness Volt!