Fasting can be a tricky task especially because one mistake can derail the whole plan. You may want to avoid these sweeteners to prevent that from happening. 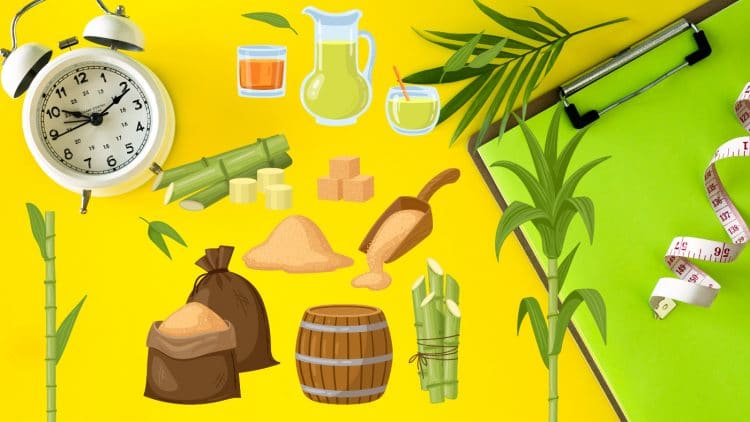 Which Sweeteners Can Break Fastting

Fasting may offer a slew of benefits but it’s important to be careful if you’re not to derail your progress. Some have more willpower than others but fasting doesn’t always have to mean avoiding everything except for water. Sweeteners or sugar alternatives are a common choice for adding to coffees and other beverages but the question is, which sweeteners can break your fast?

Today we go deep into this to help you stay on track. 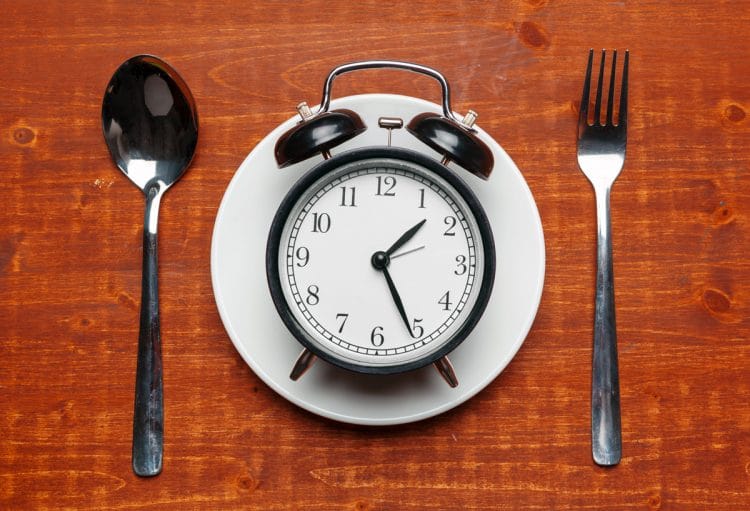 Fasting has shown to offer several physical and mental benefits. For example, it may help to increase fat loss and preserve muscle tissue during calorie restriction. Other positive effects may come in the form of improved blood sugar, heart, and cognitive function, autophagy, or cell cleansing and regeneration, and it could also have anti-aging effects.

There are a few different ways to fast. For example, you can do a no-food fast, you could refrain from certain foods, or maybe intermittent fasting is best for you that involves alternating eating and fasting on a daily or weekly basis.

What Breaks a Fast? 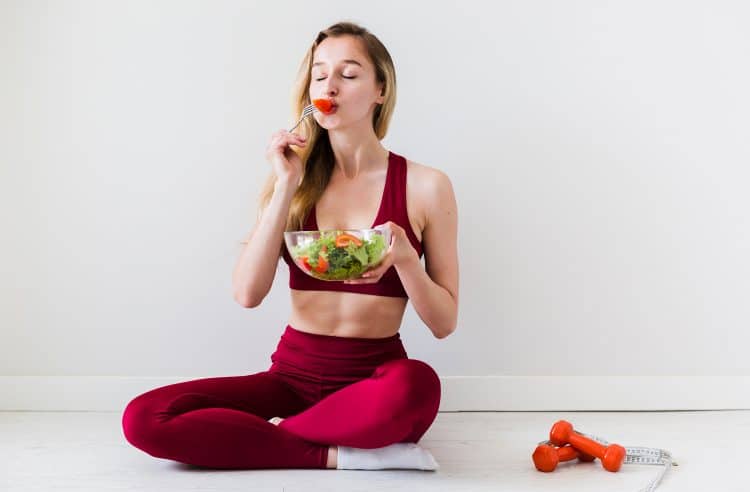 Before we delve further into which sweeteners break a fast, you may want to know about the process of fasting and what happens when you break it.

Going for hours (eight or so) without nutrition in the form of food and liquids causes the body to use up its primary energy source, glucose, forcing the cells to use other substrates instead; a process called gluconeogenesis. Ketosis or keto is a prime example of this where fat-made ketones in the blood become the primary fuel source when carbs are not sufficient.

In other words, fasting forces cells to adapt to metabolic changes that take place and this is when you can experience many of the potential benefits.

What happens when you break a fast?

When you finally eat food after hours of complete fasting, a few things happen. Blood sugar levels are impacted and the digestive system works to process nutrients.

However, during a fast, and depending on your goal, you can still consume some liquids. For instance, water (a given), unsweetened teas, broth, and coffees. Of course, if you’re using sugars and milk it’s possible to break your fast.

But let’s take a look at the sweeteners that may or may not break your fasting efforts.

Sweeteners That May… or May Not Break Your Fast

So this part is a little tricky because there is conflicting information regarding which sweeteners break your fast. That’s because  However, we’ll go by the research.

It’s also important to note that the following natural and artificial sweeteners are deemed safe for use by the Food and Drug Administration (FDA). 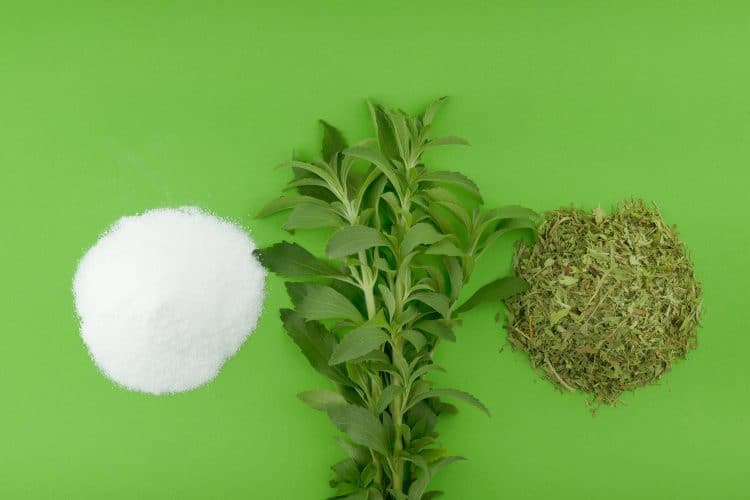 Stevia, a zero-calorie, natural-based sweetener, is incredibly popular for use in foods, drinks, and more. It gets its sweetness from compounds called glycosides and has become a go-to in place of sugar, although it’s 200-300 times sweeter.

But is it OK to have during a fast? Typically, yes it is. Research including one 2020 study on Type 2 diabetic individuals found stevia to have no effect on blood glucose, HbA1C, insulin, and lipid levels (1).

In fact, there’s evidence that shows it may enhance insulin sensitivity, therefore, having a positive effect instead. Additionally, stevia is broken down by bacteria in the stomach rather than having to be digested by the GI tract.

However, it’s important to avoid stevia products that contain sugar alcohols, glucose, and artificial sweeteners as some do use these ingredients too. The reason being not only can some of these affect blood sugar but they can also increase hunger.

Look for organic leaf stevia or purified stevia extracts to ensure you’re getting the right stuff. 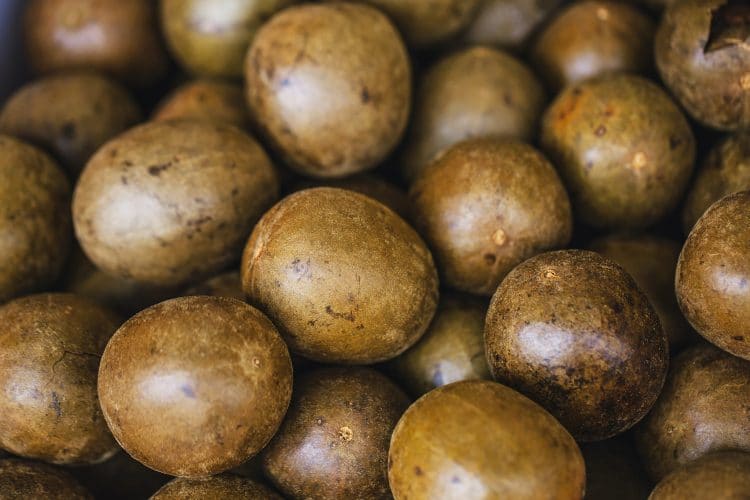 Monk fruit (one of the cooler-sounding sweeteners) is grown in Southeast Asia; used by Buddhist monks during the 13th century, it’s become more popular as a natural-based sweetener. It was approved for use by the FDA in 2010 so relatively newer.

Monk Fruit is a zero-calorie/carb sweetener that is 150-200 times sweeter than sugar and gets its sweetness from antioxidant compounds called mogrosides; not its natural sugars.

It’s said to not raise blood sugar levels for the most part and, like stevia, is a viable option for those with diabetes. After all, it has been used for centuries. However, some research has found that it could potentially raise insulin levels to a small degree although mostly in animals.

A study from 2009 though, found that the compounds in monk fruit have the potential to be a natural sweetener with a low glycemic index and it may even help with insulin secretion (2).

But be careful because some monk fruit products are mixed with other sweeteners. It always pays to check the labels and avoid those you aren’t too certain about.

We recommend choosing a quality monk fruit sweetener with no other ingredients added and don’t overdo it.

Will it break your fast? Choose a Monk fruit-only sweetener and don’t have too much of it. If for gut resting, it could possibly break a fast. 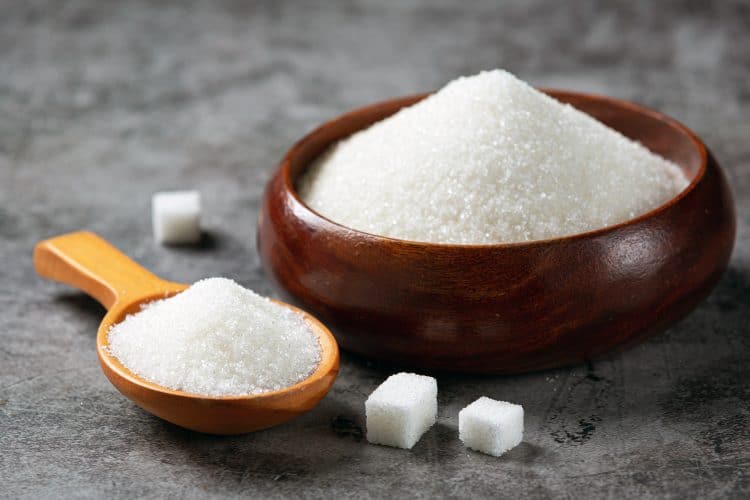 Ah, the muy popular Sucralose (Splenda); it’s one of the most commonly included artificial sweeteners in food products and it’s very sweet; like 400-700 times sweeter than sugar.

However, it is a no-calorie option on its own but Splenda, for example, combines sucralose with dextrose and maltodextrin which tones down the sweetness but adds a few calories as a tradeoff.

According to research, sucralose may have little to no effect on blood sugar levels. But your consumption may have more to do with it. What do we mean by that?

Well, there’s evidence to suggest that those who consume it frequently may be unaffected while those who do not may experience changes in blood sugar and insulin levels.

A study from 2013 involving 17 obese, insulin-sensitive subjects who did not use non-nutritive sweeteners found sucralose to elevate blood sugar by 14% and insulin by 20% (3).

Then, you have subjects on the other side of the spectrum who used sucralose regularly and experienced no changes (4, 5).

While sucralose is considered safe for consumption, it is a somewhat controversial artificial sweetener regarding its safety. Aside from possibly raising blood sugar and insulin levels, it may also affect the gut and metabolism.

According to a 2020 study on the effects of sucralose and aspartame on glucose metabolism and gut hormones, the evidence is contradictory because of the different protocols used during several trials (6).

Then you have research from 2019 that showed high consumption of sucralose for seven days to have no effect on glycaemic control, insulin resistance, or gut microbiome in healthy adults (7).

But because it depends, we cannot give a definitive answer on whether sucralose breaks a fast. Maybe a little personal experimentation or avoidance altogether are the best options.

Will it break your fast? Maybe… maybe not. 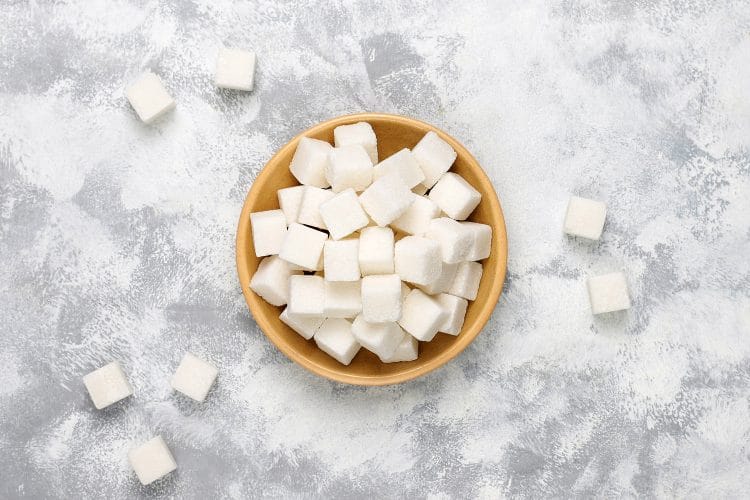 You’ll often find the artificial sweeteners aspartame (Nutrasweet®, Equal®, and Sugar Twin®) and acesulfame k (Sunett® and Sweet One®) alongside sucralose or independently on food labels.

Both are 200 times sweeter than sugar but have their differences.

Aspartame, for example, is considered a nutritive sweetener because it contains more than two percent of the calories found in the same serving of sugar. It’s also the only approved nutritive high-intensity sweetener.

Acesulfame K, on the other hand, is a non-nutritive sweetener which means it contains less than two percent of the calories found in a similar serving of sugar.

Both have been extensively studied and considered safe as a sugar alternative. But what effect does it have on the body, if any?

While Aspartame shouldn’t affect blood sugar, it does contain phenylalanine; a component that is believed to interfere with autophagy.

Will it break your fast? It shouldn’t affect blood sugar or insulin in normal amounts, but it’s your call. It’s probably not good if fasting for gut and digestive system health and if you’re fasting for the purpose of regenerating cells. 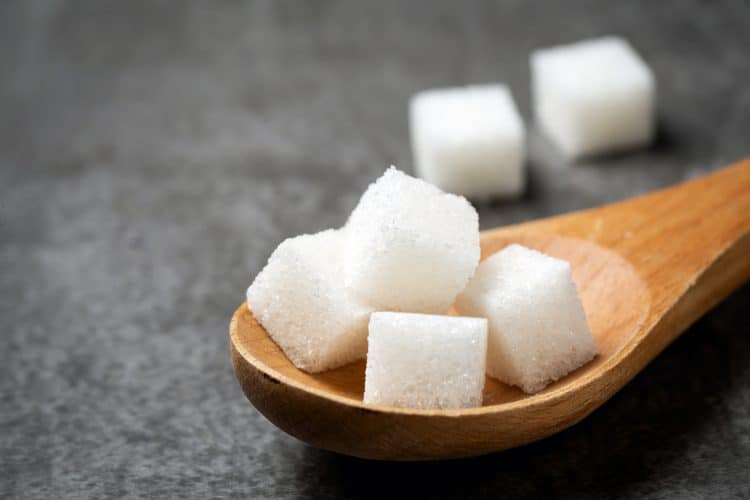 These sweeteners fall into the sugar alcohols category along with others such as maltitol, sorbitol, etc.

Sugar alcohols are natural by origin however, the ones used in food products are typically synthetically made. They’re milder in sweetness compared to artificial sweeteners.

Sweeteners such as xylitol and erythritol are not fully absorbed by the body and often deemed ok during a fast depending on the desired outcome as they do contain some calories.

For example, xylitol has about 2.4 kcals per gram.

As a result, it could possibly affect blood sugar levels. Although, it has also been shown to stimulate the gut and hormones of the gut such as GLP-1 and CLK. So you really would have to keep consumption low if you wanted to have xylitol during a fast.

There’s also not sufficient evidence to suggest it could interfere with autophagy.

Will it break your fast? You’d probably be fine with these sugar alcohols if consumed in normal, moderate amounts. Although, if you’re fasting to rest your gut, they’re probably not a good choice.

A relatively new sweetener on the market compared to others, allulose is similar in taste and texture to sugar. It’s a monosaccharide or single sugar that also goes by the name of D-psicose. Some foods naturally contain allulose such as figs, raisins, and Jackfruit.

Allulose contains .2-.4 calories per gram which is much less than that of sugar and a very low amount and almost nothing nutritionally. It also has about 70% of the sweetness of sucrose, or sugar.

This sweetener does not raise blood sugar or insulin levels. In fact, according to research, it’s also shown to be potentially beneficial for insulin resistance, hypoglycemic control, etc (8, 9).

It also doesn’t inhibit ketosis which is essentially a fasting state.

Allulose is absorbed by the small intestine and excreted through urine but it does not significantly affect the metabolism. One study in humans found that the conversion of allulose into energy was negligible (10).

Will it break your fast? Allulose it likely OK during a fast for everything except for giving the gut a break.

We truly hope that this article helped to clear some things up for you. While we did our best to help you determine which sweeteners can break your fast, sometimes the answer isn’t so simple.

Some you will most likely be ok with adding to your foods and others probably not. If in doubt, avoid a sweetener to ensure you don’t break your fast. 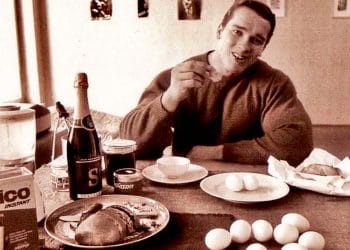 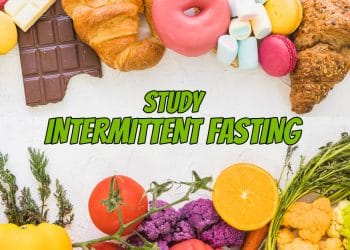 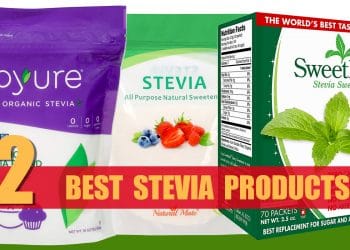 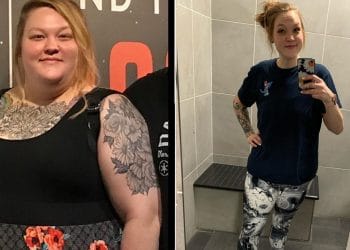 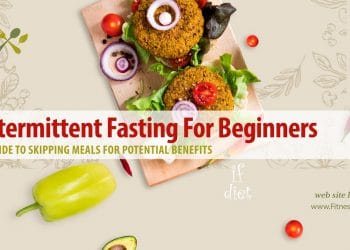