Even well into retirement, Dexter Jackson continues to hit the gym almost as hard as ever 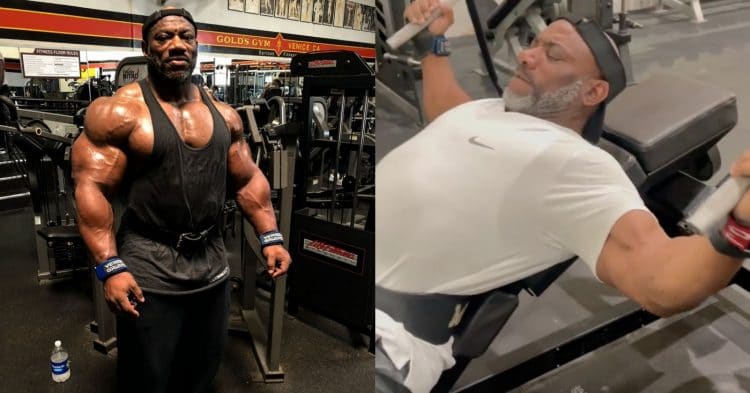 The last time that Dexter Jackson stepped on stage, he was giving his retirement speech at the 2020 Mr. Olympia. Now, at 51 years old, he shows that he is still absolutely crushing it in the gym.

Jackson made it clear that he is not planning to compete again, but that has not stopped him from staying active in the weight room. The 2008 Mr. Olympia winner proved that yet again, with a post to Instagram.

Here, Dexter was seen blowing through a training session, looking like he was nowhere near retiring. This was something he alluded to in the description of his post, noting with a laugh how easy it is to forget that his days of competing are behind him.

“Putting in work!! I Have to watch myself because I sometimes forget I’m on that retired workout. 🤣😂” Jackson wrote.

The Blade was positively sliced through this session, making it look easy. However, this was far from a one-off for the man with the record for most competitive appearances in IFBB Pro history.

A post that came before the aforementioned one sees Dexter Jackson giving his all to a chest day training session. He made it clear that he does not plan on stopping anytime soon.

“Monday motivation!! Chest day for me. What did you guys train today?? We ain’t never stopping!!”

The list of accolades that Jackson has on his resume are beyond amazing. Not only does he hold a victory at the Olympia, but he has placed in the top six a whopping 16 times.

Aside from that, Dexter had quite the run at the Arnold Classic, winning on five different occasions throughout his career. This is only the tip of the iceberg of evidence, pointing to his legacy as one of the most legendary bodybuilders of all time.

Ultimately Jackson retired from the sport at the age of 51, after nearly three decades of competition. He declared the end of his career prior to the 2020 Mr. Olympia, where he would compete for the final time, coming in ninth place.

That begin said, it is evident that just because he has decided to retire, does not mean that Dex has started being lazy. He has been seen in the gym on a regular basis, although he has admitted to cutting back on his size a little bit.

The fact that Dexter Jackson is so healthy and active at his age and after so many years is nothing short of inspirational. He is worthy of being recognized as one of the legends of the sport.