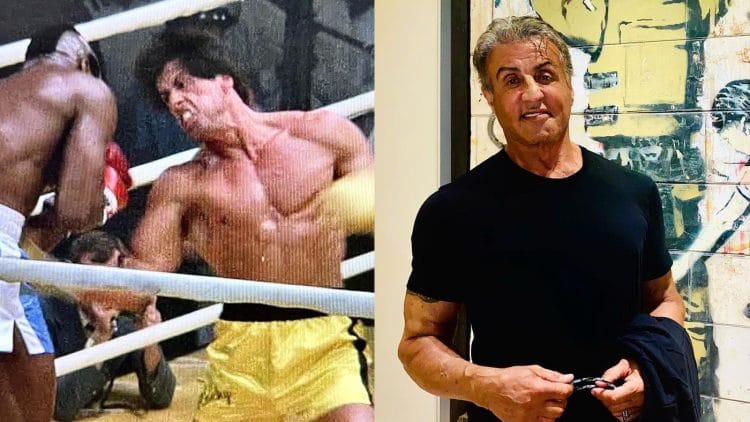 .Legendary actor Sylvester Stallone is one of the few yesteryear superstars that have adapted really well to the age of social media. Rocky actively shares his workout videos, promotes his ongoing projects, and even shares glimpses of his personal life with his 14 million-plus Instagram followers. However, the most remarkable aspect of his social media accounts is throwback posts and rare pictures/videos from his iconic movies.

Recently, Sylvester Stallone shared a series of videos from an old interview on his Instagram account. The interview seems to have taken place during the shooting/preparation of Rocky I and II. The videos show Sylvester Stallone and Carl Weathers rehearsing in the boxing ring, presumably to prepare for their on-screen battle in the iconic movie franchise as Stallone answers the interviewer’s questions.

“This is some extremely rare footage. Hopefully you will find it entertaining considering it was I was from another lifetime. Thank you to Mike Kunda and John Rivoli for supplying it. Keep pushing and good things are coming your way,” Sylvester Stallone wrote in the caption to his post.

Sylvester Stallone played the role of Rocky Balboa, a Philadelphia-based boxer competing in the regional circuit. Carl Weathers portrayed the world champion boxer Apollo Creed, who gives Balboa the opportunity to challenge him for the title. Considered as one of the greatest sports movies, the Rocky franchise follows the rise to stardom and the complete life story of Rocky Balboa. Not surprisingly, Rocky also marked the beginning of Sylvester Stallone’s rise to prominence as one of the most successful actors of that era.

According to a report from Deadline, Stallone will play a New York City Italian mobster in a series. Produced by 101 studios, the drama series is created by Taylor Sheridan and Terence Winter for Paramount+. Sylvester Stallone confirmed the news by posting the screenshot of Deadline’s report on his Instagram account.

“Looking forward to this project with great anticipation and working closely with The brilliant creator, Taylor Sheridan, and gifted Terrence Winter… @paramountplus” Sylvester Stallone wrote in the caption to his post.

Kansas City will mark Sylvester Stallone’s first major television role. He has done guest appearances on many television series in the past.