Shaun Clarida will make his comeback at the 2022 Mr. Olympia 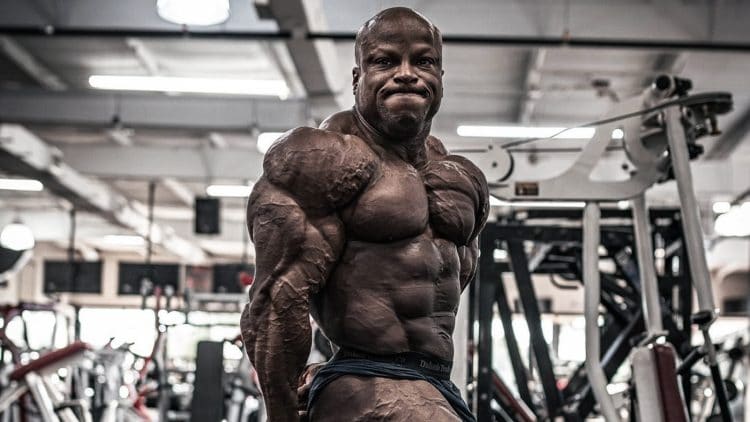 IFBB Pro bodybuilder and 2020 Mr. Omypia 212 winner Shaun Clarida has kicked off the preparation for 2022 Mr. Olympia. The 39-year-old bodybuilder recently shared his chest and triceps workout on his YouTube channel and shared some valuable tips in the process.

Following a second-place finish in the 212 division at the 2021 Mr. Olympia, Clarida capped off the year with the gold medal at the 2021 Legion Sports fest Pro in the open division. At the beginning of the video, Shaun Clarida explained that he significantly reduced his activity level following the event. However, he kicked things off in December – exactly one year before 2022 Mr. Olympia takes place. The 39-year-old also stated that he will next compete at Mr. Olympia but he is undecided on the division as of now.

Shaun Clarida started the workout with calf exercises and explained that it is a stubborn area that needs improvements. Clarida added that although his calves are well developed, they’re not at the level he expects them to be and will continue to train the calves every single week until he has the ‘biggest calves on stage’.

Following the calf exercises, Shaun Clarida turned his attention to the chest exercises. Following his last few competitive appearances, Clarida got feedback from the judges that the chest was one area of his physique that had the most scope for improvement.

“I won the show but there’s always room for improvement. So right after the show, I went up to the head judge, ‘Hey What can I do to be better going better?’. And the one area that I knew he agreed with – my chest,” Shaun Clarida revealed.

Clarida added that his shoulders dominate and make the chest look even smaller in certain poses. To fix this issue, he trains chest twice a week (Tue and Fri). While his chest workouts on Tuesday are focused on compound movements with free weights, Fridays are reserved for isolation work with machines and cable work.

“I may also throw a compound movement (on Friday) depending on how I’m feeling,” Shaun Clarida said.

With the explanation, Shaun Clarida went on to proceed with his chest routine.

Shaun Clarida explained that this is one of the main exercises that he also does with dumbbells on the compound training day as well. However, the same workout on the isolated workout day on the machine stimulates the muscles in an equally effective way. Therefore Clarida starts the chest training with this particular workout.

Shaun Clarida performed two sets of 10 to 12 reps with progressive overload and finished the workout with a back-off set which usually comprises 10 to 15 reps.

“For those who don’t know what the back-off set is, it’s when you finish your last heavy set, you do one more set. There, you increase the weight by, I think like, 16 percent of what you just did.”

After finishing the workout to get the necessary stimulation in the muscles, Shaun Clarida proceeded to the next workout.

The exercise is fairly new for Shaun Clarida and he attributed it to his late coach John Meadows. Before starting the workout, Clarida explained that the upper chest is the biggest area that he is working on right now. Therefore, he prefers to do the incline workouts before delving into others on chest day.

Shaun Clarida performed two sets of 8 to 12 reps with progressive overload and moved on to the next workout.

Shaun Clarida performed two sets of 8 to 12 reps on the machine while explaining the technique to get the maximum benefit out of the exercise. Clarida explained that he tends to retract his shoulders back and keep his shoulder blades against the backrest throughout the set. This takes the shoulders out of the play and engages chest muscles to a greater degree.

Following the completion of two sets, Clarida admitted that the workout did not challenge his capacity enough and went on to perform the third set. This time, however, he added plates on the weight stack with the help of a weight stack gym pin. The added weight provided the necessary pump as Clarida performed the set to failure before moving on to the next workout.

While dips tend to work triceps, Shaun Clarida stated that leaning forward while performing the exercise as opposed to staying upright tends to work the chest muscles to a greater extent and performed a continuous set of 30-plus reps to failure. He then proceeded to the final chest workout of the day.

Shaun Clarida used D-handles of conical shape for the final chest workout of the day. While explaining the efficacy of the handles, Clarida explained that the diameter of the handle is smaller towards the thumb and gets wider towards the little finger. This allows the user to eliminate using forearm strength to achieve a firm grip. The 39-year-old performed two sets of 12 to 15 reps to complete the chest workouts and proceeded to the triceps workout.

Shaun Clarida does not dedicate a separate day for arms workout during the off-season. He spreads the arm workout and works biceps on the back day (Monday) and triceps on the second chest day (Friday). However, he sticks to two to three of his favorite workouts to work the triceps.

Shaun Clarida started the tricep workout with this workout to stimulate the muscles and performed three sets of 8 to 15 reps to get the triceps warmed up. Clarida explained that according to him, ropes provide added movement and work the triceps better therefore he prefers them over the straight handle.

Following the pull-downs, Shaun Clarida moved on to the overhead workout and performed three sets of 8 to 12 reps with progressive overload. He cited it to be one of his favorite and most effective workouts for triceps muscles.

“You put more stress in the triceps in a straight position but also a really good contraction at the top,” Shaun Clarida stated.

Standing 5ft-2in tall, Shaun Clarida has earned the moniker ‘giant killer’ for successfully competing against bodybuilders that are much taller than him. Looking at the way he has kicked things off to prepare for the 2022 Mr. Olympia, it seems that Clarida might add another gold medal to his already impressive resume.

Courtesy of Shaun Clarida’s YouTube channel, you can watch the full video of his chest and triceps workout here: