Ahead of the 2020 Mr. Olympia, Classic Physique competitor Terrence Ruffin talks about his plans for the contest, and reflects on meeting Chris Bumstead for the first time 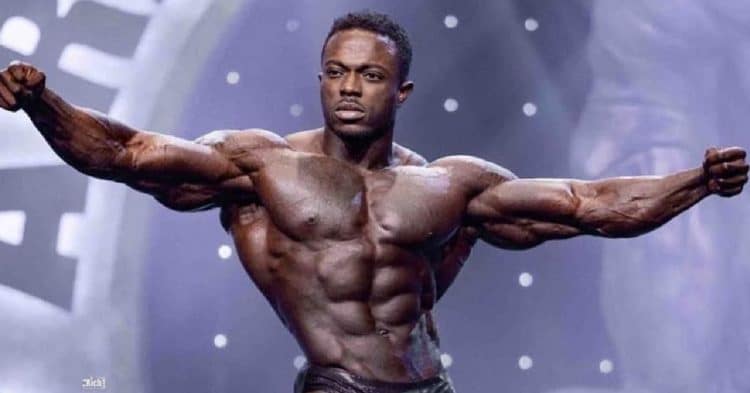 Classic Physique bodybuilder Terrence Ruffin is one of the few people to hold a win over current Olympia champ Chris Bumstead. Ahead of facing off with him again at the 2020 Olympia, Ruff Diesel reflects on what it was like beating him back then, and how he plans to perform this year.

Heading into the 2020 Mr. Olympia, a ton of people have been focused on the Classic Physique division, simply due to how stacked it seems to be. A key component of that is Ruffin, who is always one of the most promising bodybuilders in the division. He has competed in the past three Olympias, scoring as high as sixth place, and is constantly seeming to be improving. This was evident earlier this year, when he looked better than ever en route to a second place scoring at the Arnold Classic.

With the 2020 Olympia approaching quick, Terrence Ruffin is determined to continue his path of improvement. Speaking in a recent interview, he explained that he expects to be able to score in the top five this year. However he is hopeful to land in the third place position.

“I see myself anywhere from third to fifth,” Ruffin said. “It really just depends on what the judges want. I’m really hoping of third obviously. I’ve looked at pictures of me and Breon, I’ve stood next to him maybe two or three times. We did our first Classic Physique show together. He beat me, and he was pretty far ahead of me in my poses but my back shot always was pretty close. So I brought up stuff like my side chest, brought up my front double, and we’ll see how things go this year. I still don’t think I’m quite to the point where I can beat Breon just yet, but it’s definitely possible and I’m going to compare more favorably to him this year. I think in another year or two I can definitely push him a lot harder and possibly beat him.”

Someone who Terrence Ruffin has beaten in the past, is current Classic Physique Olympia champ Chris Bumstead. The two faced off in the 2016 IFBB Dayana Cadeau, where Ruff Diesel scored second, to Chris’s third place. Obviously things have changed since then, but Terrence says he did not think much of Chris when they first faced off.

“He was a big fan of mine at the time,” Ruffin laughed. “I thought ‘Oh this kid’s cool.’ I didn’t really think nothing at all. I thought he was tall, that was it. At that point I had competed against a lot of tall dudes, so I didn’t think it was nothing special.

:My ex-wife at the time, she looked at him, she was honest and said ‘I don’t think you can beat him,'” Ruffin continued, laughing. “It’s funny to think about, but I beat him at that show so I was like it’s a non-factor now, it’s whatever. That show was kind of wonky though, to be honest with you. But yeah, I didn’t really think a whole lot about him.”

It will be interesting to see if Terrence Ruffin will ever be able to beat Chris Bumstead again. He will have his chance this weekend at the 2020 Mr. Olympia, but he seems realistic enough to know that this year is just going to be a step in the right direction.