Brian Shaw won the first ever Shaw Classic, but he split his prize money with the other contestants as promised 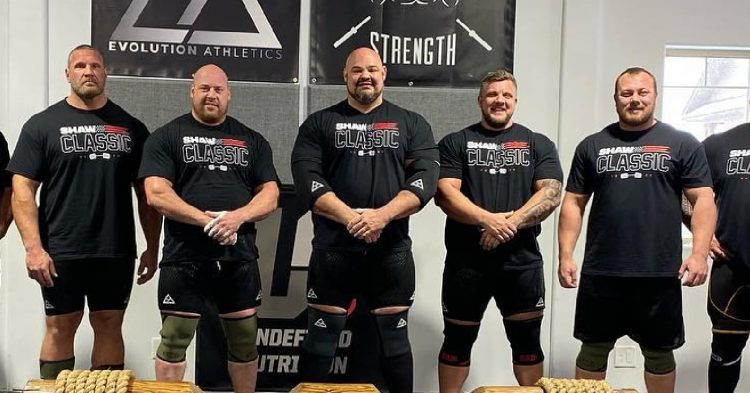 Last weekend saw what could be the beginning of a new era in strongman, with the first ever Shaw Classic. This is the results and recap of this contest, as provided by Brian Shaw himself.

As one of the greatest strongman athletes to ever compete, Shaw has tried his best to be something of an ambassador for the sport. That is one of the reasons he decided to make a quick turnaround from the 2020 World’s Strongest Man, so that he could put on his own event with the intent of giving back to the community. He hosted this event, bringing in some of the best athletes and officials in the sport, and put up his own money as a prize.

All things considered, the inaugural Shaw Classic appears to have been quite the success. Now whether or not he will continue to host these events on an annual basis remains to be seen, but Brian seemed happy with the way things played out. He took to his YouTube channel to provide a bit of a recap of the event, sharing the results and prize money for the contest.

In the video, Brian explains that the each day of the Shaw Classic was done in a way that it was filmed and edited, before being released on Club Shaw for pay-per-view purchase the following day. He says that this allows for fans to have a more seamless experience of the production, rather than deal with the periods of dead air during a live stream. These were the events from the two day contest:

Shaw explained that if fans want to still watch the action from the Shaw Classic, it is still available. Users can pay $8.99 for a subscription to the Shaw Club to get access to the event replay. After thanking the sponsors, Brian then revealed the results and prize money from the contest.

“I don’t know how I was able to (win the competition) after doing all that work, but I was,” Shaw explained. “I was able to stay consistent throughout these events to win the first ever Shaw Classic, which I am very proud of.

This was incredible, it was an incredible lineup and I was truly honored to compete with all of these guys. So it was special, it was very special. So I was able to win, but as I announced and as I said many times, I did not take any prize money so all of those numbers here are my money going back to these athletes.

It is incredible that the Shaw Classic went as smoothy as it did, giving nearly $54,000 in total prize money. Although it is a bit ironic that Brian Shaw won this contest, especially given how he performed last month.

However it will be fun to see if this contest continues. You can watch the full video for a better understanding of the set-up that went into the contest, and if you want to watch the whole thing, it is still available online to purchase.