Buff Dudes prepared for a 10k run for 30 days and documented the changes they experienced in their bodies as a result. 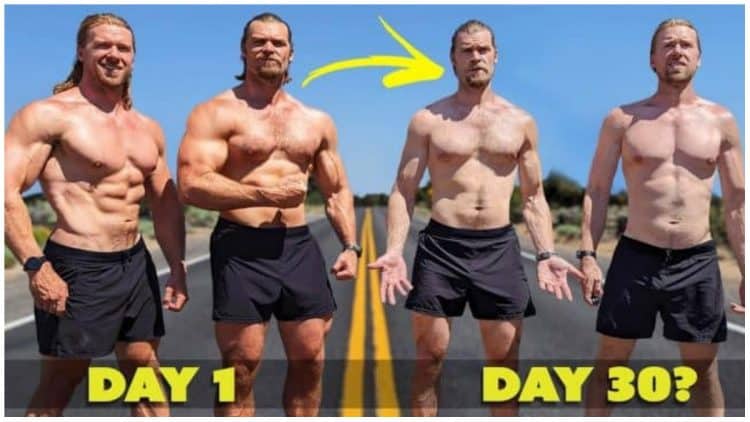 The Buff Dudes showed the changes in their physique after running for 30 days straight in preparation for a 10k run.

Fitness challenges tend to trend worldwide as more and more influencers look for unique ways to set themselves apart. Brothers Brandon and Hudson White of fitness sensations The Buff Dudes are not ones to shy away from a new challenge. They have developed a reputation for trying out new theories. They went vegan for 30 days in the past to test out whether the diet was effective for bodybuilders.

It’s interesting to find out their findings as they explore questions many people may have. Apparently, the vegan diet did not have a significant effect on their gym performance but it didn’t boost it either. Whites spent a month preparing for a 10k run and documented the changes in their physiques from the new workouts. Brandon and Hudson reported they took special care of stretching during the grueling 30 days. They also needed to make sure that they were getting enough nutrients for optimal muscle recovery. It did not come without its difficulties, as Hudson explained.

In a video uploaded to their YouTube channel, the White brothers share their results after running every day for a month.

“I’m used to the gym where you’re doing eight reps of deadlift then you get a nice, healthy break there before continuing onto the next set. With this, there are no breaks and it can be so psychological because I want to quit by the end of that first half mile and I still know I’ve got a long way to go.”

Many bodybuilders do not usually like cardio as a training method and aren’t the most skilled at it. The brothers have always given their cardiovascular health enough attention and were ready to take it to the next level in their new experiment.

What’s more surprising is that the two did not change their daily training in the gym while running every day. They revealed that they added a run on top of their usual workout routines for a month. This caused extra load on their lower body and the pair felt the burn from going the extra mile.

“My legs are killing me on these runs. The good thing is my cardiovascular strength is there. I feel very strong there but I’m working out pretty regularly and the workouts are strenuous. I’m definitely feeling the fatigue in my muscles,” Brandon White says.

You might be curious to know the results of their findings after running for 30 days straight.

“That was humbling. Hell of a lot of fun though and it only makes you want to get better,” Hudson White said.

The Buff Dudes reported that each of them lost a pound at the end of the month. Although they are leaner they did not lose any gains during the training. They dismissed the myth that scares bodybuilders away, proving that cardio does not take a heavy toll on muscle mass and that making it a part of your daily workouts would be a beneficial thing.

Gear in bodybuilding is usually a touchy-feely subject. And no, we're not talking about weightlifting belts, wrist or knee wraps, or...

The gym is an enjoyable place to go, but it can also result in quite a few injuries. Mainly it...

Sitting is a very passive activity. When you sit, your chair takes the strain, and you need very little muscle...