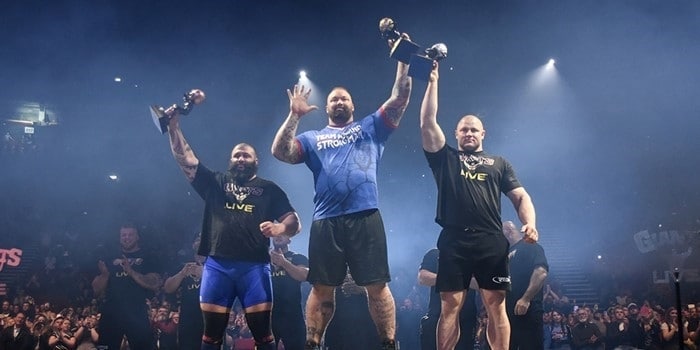 In a turn of events that surprised absolutely no one, the reigning and defending Europe’s Strongest Man – Hafthor Bjornsson, wins for the 5th time in a row.  He’s an absolute monster and there’s a solid chance we are witnessing the birth of an unstoppable monster that will win everything he competes in for the foreseeable future.  Now let’s take a closer look at the entire event.

I won’t say I told you so, but Iron Biby won the entire challenge as I sad he would. He didn’t manage to hit a new world record but he’s getting there, this time he got 220kg. I think Biby could very well get the record in one of the following years with a better coach or approach.

As you can see by the picture above it’s a three-way tie between Hicks, Mateusz Kielszkowski and Kearney(aka World’s strongest gay) with 214kg. Interestingly enough that weight is the new American record(for Kearney, beating Oberst’s record) and a new British record (Hicks, beating Eddie Hall‘s record).

Mateusz proves once again that upper body events are his thing and he will only get better at them. Larry Wheels did amazing considering this was his first competition with the big boys. The potential is there, it’s just a matter of will his meteoric rise continue or stall. As I mentioned already, no one managed to break Big Z’s record, the strongest shoulders in Europe are still Lithuanian.

Zydrunas was probably watching the guys fail with the weight he does on the regular saying to himself “get on my level, noobs“.

After the log press challenge, the entire event got ravaged by a ginormous Icelandic Viking, Hafthor Bjornsson.

The Mountain went head to head against the Mateusz Kielisz. which spelled disaster for the up and comer because a) Thor is currently one of the best deadlifters on the planet and b) Mateusz suck at deadlifts.

Halfthor did 10 easy reps while the youngster did his best but did only 5. He really needs to do something about that deadlift.

Speaking of the strong Pole whose name I continue to butcher, here he went against Scotland’s Strongest Man-Luke Stoltman. Here Mateusz showed why he is being called the future of the sport. He won the event with a time even better than Halfthor Bjornson himself!

Even though it was billed as a brand new event, this is actually a very standard and classic Strongman event.  Sometimes you need to hold two cars sometimes it’s two iron slabs and this time it was two giants pillars…as the name would suggest. The usual suspects Thor, Matt, Shivliyakov and the Brits all fell short. The man who won the event was a 52 year old with insane grip power- Mark Felix. The English veteran held on to the pillars for nearly a minute and a half(82 seconds)!

Which in hindsight shouldn’t be such a surprise because he has industrial crushers for hands. At this year’s Arnold’s he attempted to break the Thomas Inch dumbbell double walk with 2x 172 lbs dumbbells.  Which is no small task, that dumbbell is super thicc and awkward to hold.

The final event came down again to the #1 and #2 guys, Thor and Mateusz. Thor had to get 3 stones up to win the whole thing and Mateusz had to get all 5 stones up in order to get second place.  Mateusz got all 5 up in 22.61 seconds while Thor did his 3 stones in 20 seconds and won his 5th Europe’s Strongest Man title.

It’s gonna be rough standing in the shadow of the giant Icelander, no doubt about that. However, Matt has time on his side. He’s constantly getting better and better and it’s only a matter of time before he finds the right event to dethrone The Mountain. it took Brian Shaw slowing down and age catching up to Big Z for Hafthor to start his rise to the top. So, for Mateusz at just 24 years old breathing down Mountain’s neck means he will catch up with him real soon…he just needs to do something about his deadlift.

While on the topic of deadlifts…I’ll just leave this here. 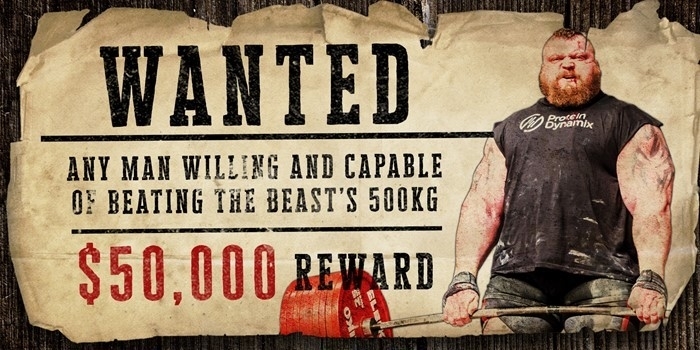