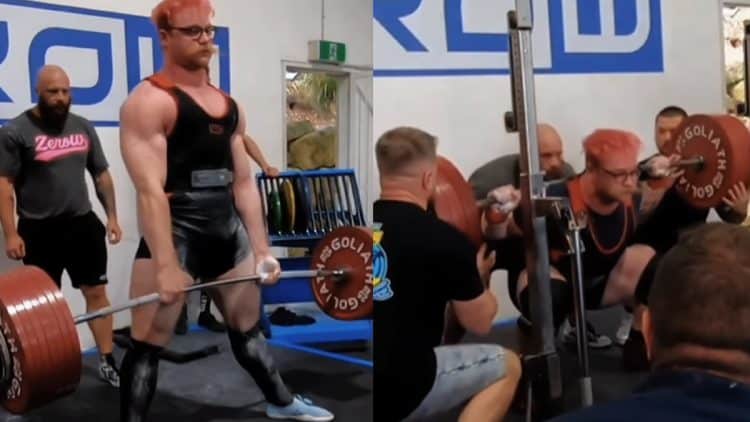 Considering the many amazing prospects that the sport of powerlifting has around the world, it appears that its future is bright. The very top of the industry is likely to be dominated by young people in just a few years, as some have already distinguished themselves on the scene. In this case, the spotlight shined on a young 19-year-old named Theo Maddox. He set two new U140KG All-Time World Records in the Teen 18-19 age class.

Sharing the last name with the world’s greatest bench presser, Julius Maddox, Theo is quickly catching up to his success levels in powerlifting as well. Theo most recently competed at the 2022 Australian Powerlifting League (APL) Strength Quest II, which took place on October 2nd. Seeing that this was Theo’s first time competing since June 2021, it gave him an opportunity to display his impressive improvements.

Theo Maddox came in at a bodyweight of 134.5 kilograms (296.5 pounds), so this was his first time competing in the 140-kilogram weight class. He opened up the competition with a 355-kilogram (782.6-pound) squat, and followed it up with a 217.5-kilogram (479.5-pound) bench press. Although none of these were World Records, Theo managed to eclipse both of his previous competition PRs by over 50 kilograms (110.2 pounds).

Theo Maddox’s first record out of the two came in the deadlift event, where he managed to lockout 390 kilograms (859.8 pounds) raw. This is now the mark to beat in the U140KG of the Teen 18-19 age class. Max Shethar previously held the record, having deadlifted 350 kilograms (771.6 pounds) at the 2021 USPA Ragnarok Invite II.

Theo Maddox also broke the Total World Record in the same weight and age class. His accumulated score after all three lifts came out to 962.5. kilograms (2,122 pounds). This broke the previous record of Jackson Powell, who totalled 897 kilograms (1,977.5 pounds) at the 2022 USPC Big Bend Classic.

“Look, it wasn’t the day I wanted- but it was good to get on the platform again after so long off. I have a lot to learn and improve upon and that’s honestly very exciting to have acquired all this new information.”

Related: 19-yo Powerlifter Liam Newell Locks out Raw Deadlift of 777 lbs For A New American Record

This was Theo Maddox’s fourth sanctioned powerlifting appearance and he managed to maintain his 100% win streak. This was his breakthrough moment, as he now holds two World Records. He is on his way to taking a well-deserved break, but as soon as it is over he intends to continue training even more hard and delivering massive results.