Tia-Clair Toomey To Make Return To Woodapalooza Next Month 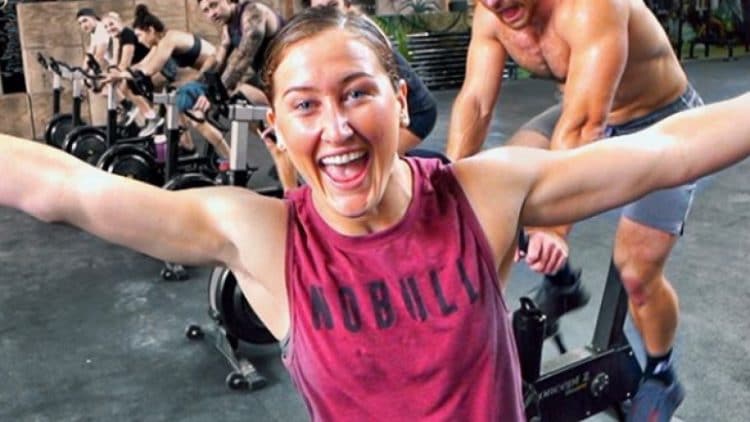 Tia-Clair Toomey already has a spot secured in the 2020 CrossFit Games. Nevertheless, she is looking to compete at the Woodapalooza Sanctional event next month.

Toomey has earned the title of World’s Fittest Women for three straight years. This is a feat that has never been accomplished by any other female CrossFit athlete. Moreover, in the 2019 Games, she absolutely destroyed her competition, even beating out the men in some events. She is truly a formidable force in CrossFit competition.

Following her big win at the Games, Toomey wasted no time getting back to action with the 2020 CrossFit Open. The five weeks of action allow athletes to secure a spot in the 2020 Games and features some hard workouts. Nonetheless, she would persevere, earning a fourth-place position on the leaderboards, and securing her place in this year’s event.

Despite the fact that she is is already qualified for the 2020 CrossFit Games, Tia-Clair Toomey still enjoys competing in the Sanctionals. These events, which take place over several months, allow another way to qualify. She was already expected to compete at the Mayhem Classic later this month. However, according to an Instagram post from Woodapalooza, she is now slated to compete at that Sanctional, as well.

“It’s finally that time of year… we’re ready to roll out the #WZAElite competing at #WZAMiami in 2020! And we’re kicking it off with a bang!
Welcome the 3x Fittest Woman on Earth & reigning Elite Champ @tiaclair1!”

Toomey is the winner of the 2019 Woodapalooza event and will be looking to defend that title in February. Moreover, she was the first competitor announced for the event. On the other hand, it is worth noting that at the time of writing, she has not confirmed her intent to compete on any public platform.

If Tia-Clair Toomey is indeed competing at Woodapalooza 2020, it will certainly show her keeping a busy schedule. Either way, it is always exciting to see this talented young lady compete.